in South Korea where the bulk of massive populace (reducing in the speed-of-light to be explained on other Posts mainly due girls who don’t want to marry nor have babies as the nation has long-been male-oriented as well as an harsh-but-over rated education system) work AND live clustered around Metropolitan SEOUL : meaning to include half-a-dozen satellite cites filled with endless rows of higher-and-higher apartment complexes, to put the drivers’ cell phone number on the front window of their cars,  because simply their is often shortage of parking space (although not as much as neighboring Japan where you have to have a garage to purchase a car). meaning : you are parking in another cars’ way-out .

the only concern with this, that everyone around that car sees your phone number and can be used for bad or marketing acts . similar to parcel-delivery services that now use alternate virtual phone numbers when sending packages to you, several smart-phone and iPhone apps does this (alternate usage of this is giving you a second phone number but with noticeable prefix to use as a separate private or business number) but one does this quite easily, effectively specifically for the purpose of using it on your parked car .

also customary in putting one’s phone number on inside the car’s wind-shield is using number stickers glued to small rectangular rubber (because it rests solid upon the glove-box) instead of simply jotting it down on a piece of paper because it wrinkles and eventually flies-away . and many vendors On-Line as well as super-marts and even convenience stores sell this for under W10,000

but one problem is that almost all of these product sheets only allow 000-0000-0000 format 11 digit-caved spaces, which is the default cellular phone number serial for all of South Korea . so you cannot used these to put your 12-digit Mova number.. but thankfully a few rare manufacturers and vendors sell some that allows it : both are made in China, sticks number cubes by magnet instead of sticker adhesive, comes with enough number pits to make-up those good-numbers with many zeros (four sets of 1234567890-0) AND glows in-the-dark ! 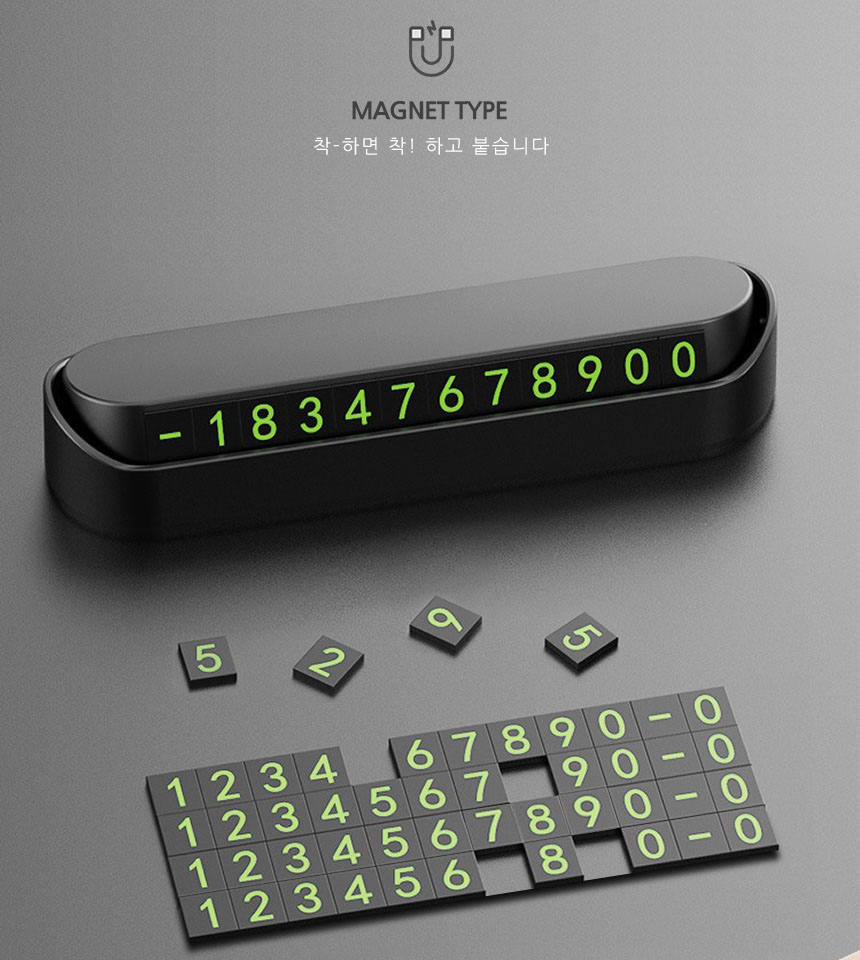 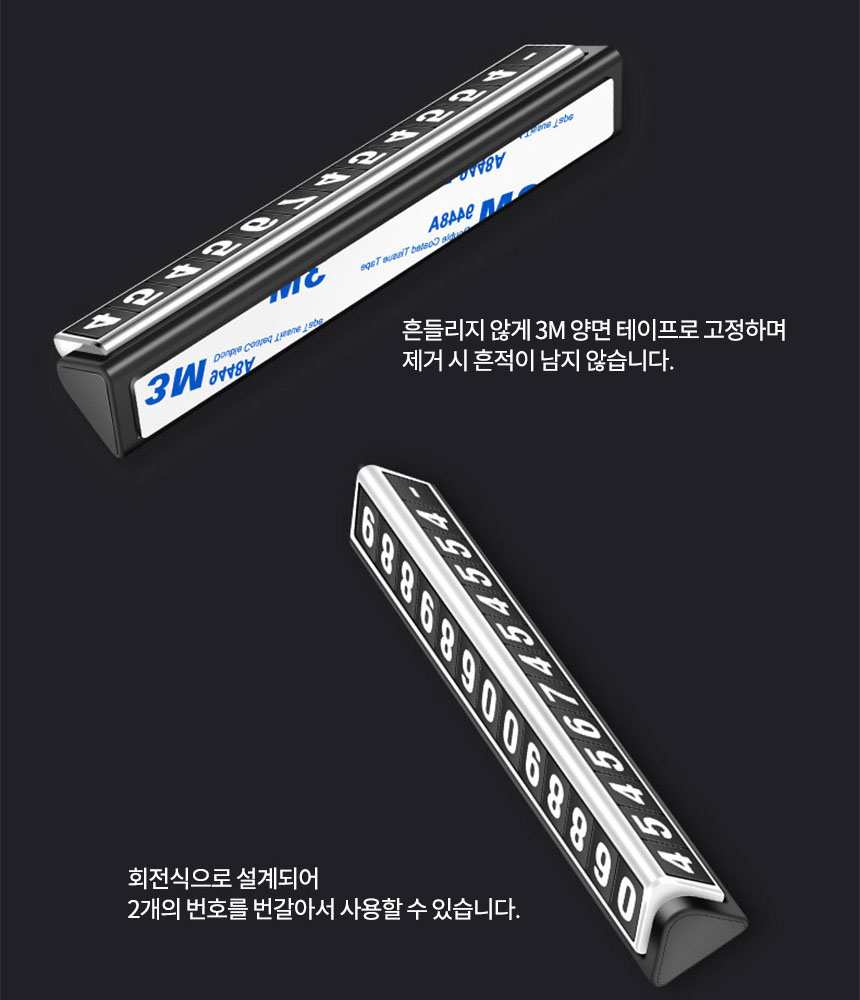 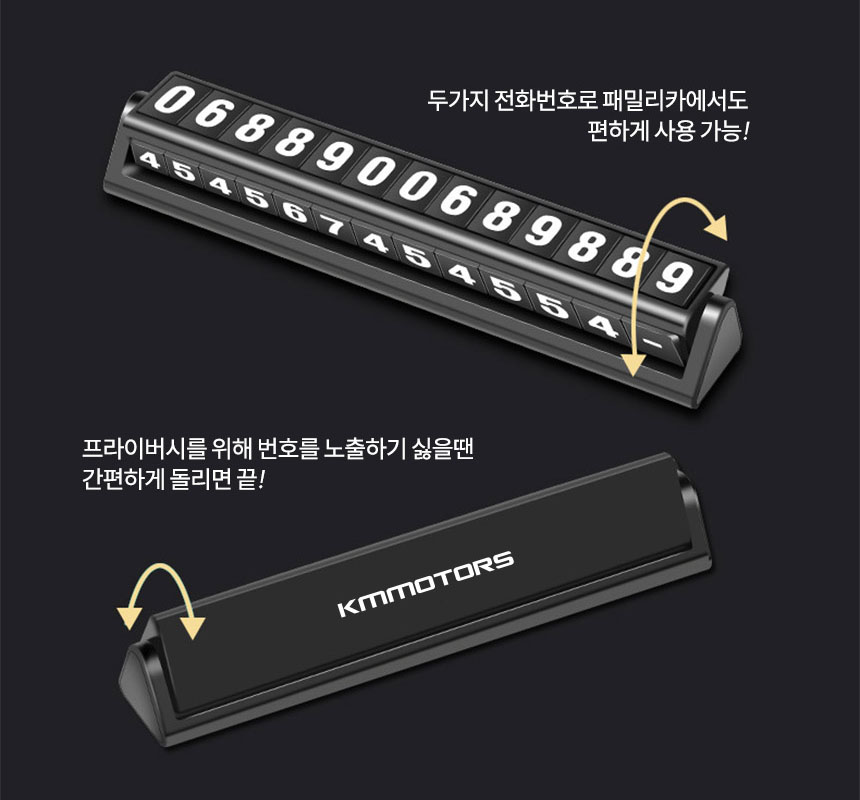 above KMMotors Dual Parking Number about W8000 in either black or silver-metal
if two person will be driving or you need a separate number..