on the far-South-West outskirts of the Capital of Seoul : Guro or formerly Kuro industrial complex “Guro GongDan” was the hard-production district of machinery, that boosted war-torn South Korea onto the wireless Millennium .

and with metropolitan Seoul expanding with supreme real-estate value, it has all disbursed with further miracle borne a train station further West at Gasan or Kasan Digital Compound or Complex . no you don’t see any heavy industry here, but mammoth buildings where countless dot.com start-ups share office space and those without the capital to station a product support center at YongSan Electronics Market area, to have one here .

one such building shown here (Right of my road ‘D’ on second map below) is aptly named “Great Valley” aspiring to be even greater than Silicon States-Side . 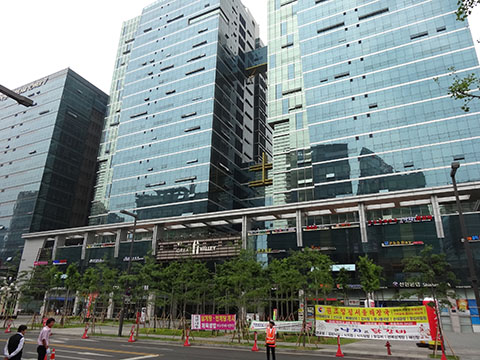 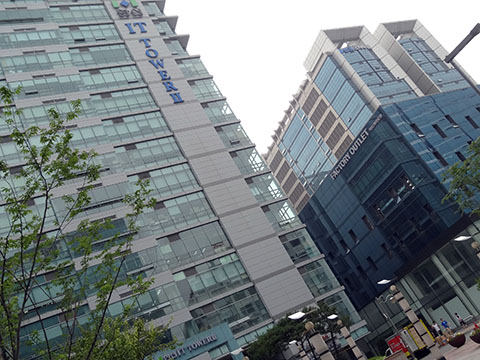 and as Korea has evolved in its own way out-of-the ordinary, another handful of buildings form a new fashion brand outlet mall district on the South-Eastern block . on the photo above : an IT(information technology)-Tower stands next to HanSeum Factory Outlet, Left of my Road ‘D’ on the second map below .

access is near a set of subway stations, while other major outlets are afar, mostly reachable by car, although they do offer shuttle buses . so you will notice the subway visitors here more modest than those driving their own cars to Paju and Yeoju – an hour North-West and South-East of the Capital of Seoul respectively .

also it might be a good time to visit the newest of Korean goliath shopping complexes : Times Square at YoungDeungPo Subway Station on the way, where you can witness how astronomically expensive European import brands are sold at premium prices on posh locations . the Korea National Railroad in White and its subway route in Blue is over-lapped on the map below, so the Left of the map below  seems cut-off but the rail line from Kuro to Kasan or Gasan is linked .
*Seoul Subway Line 7 is in khaki and Line 2 green 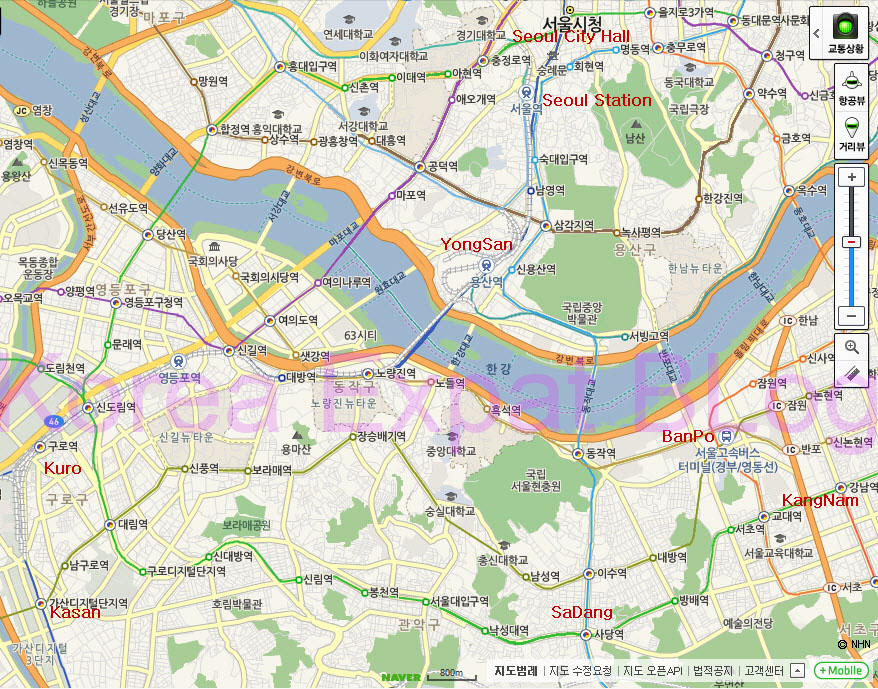 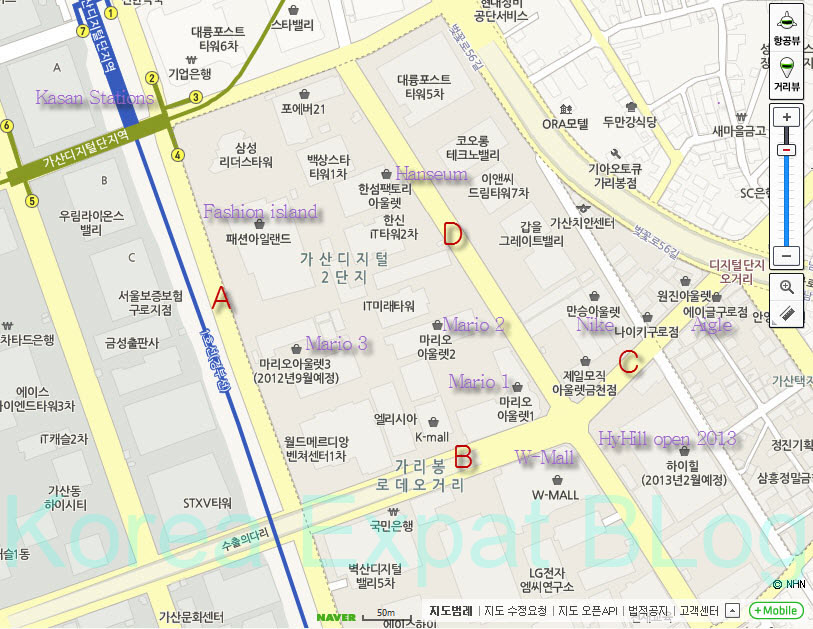 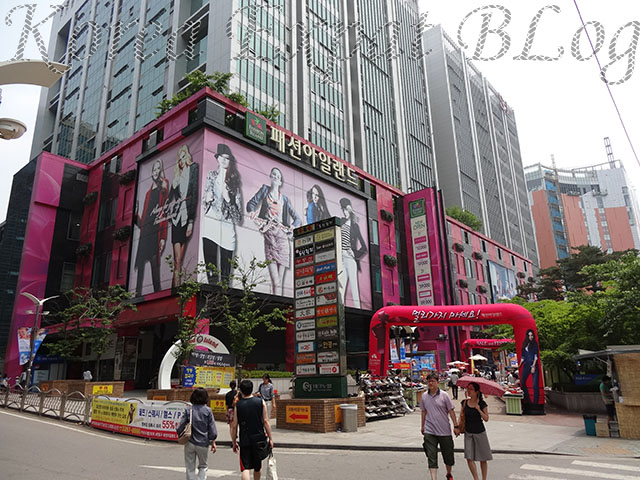 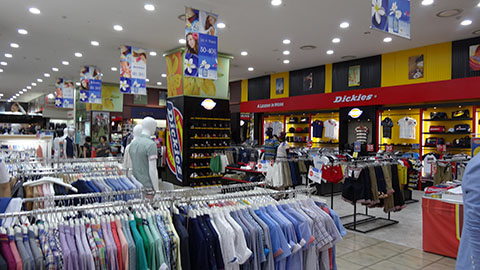 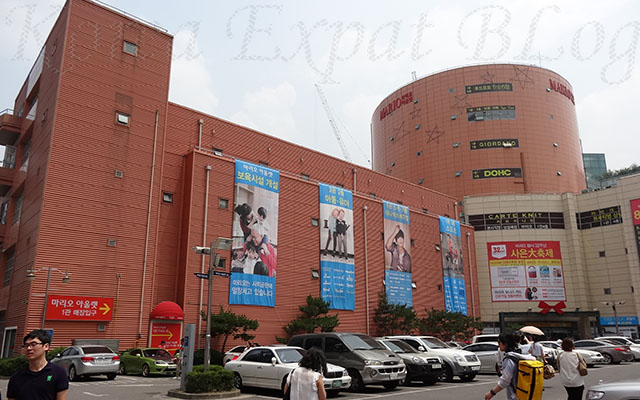 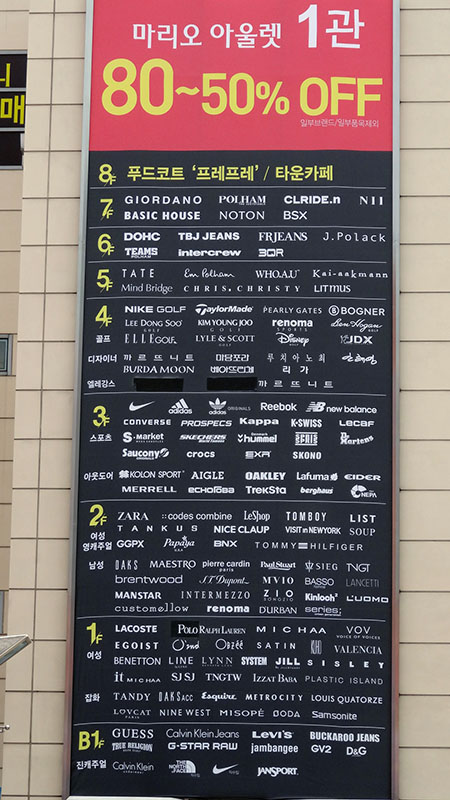 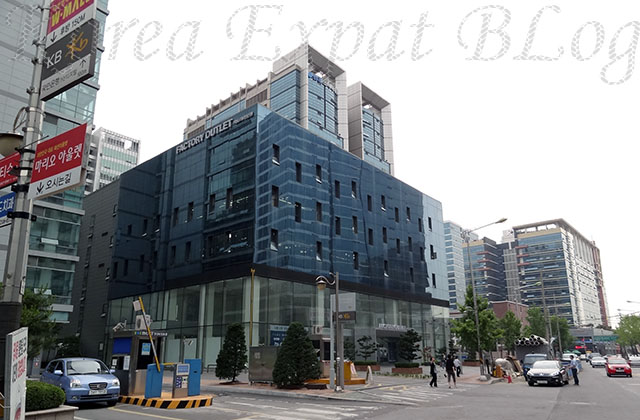 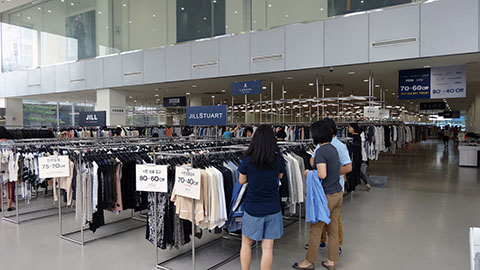 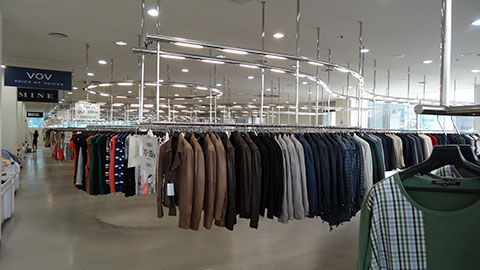 I personally consider a true outlet to have more than 40% discount off retail price, since anything less than 30% is mere SALE . but here on the whole, you will find anywhere from lame -10% to an incredible -80% depending on the outlet, brand and time .

and as in the whole-sale market area of East-Gate “DongDaeMoon”, more buildings are popping up following the success of early arrivals, as HyHill across from W-Mall is planned to open next March .