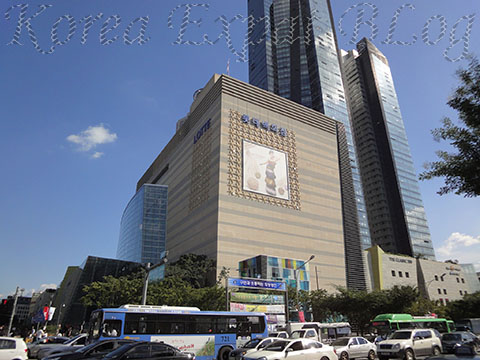 even in the Modern Era, this whole area was far East of the East Gate “DongDaeMun” pinning Eastern perimeter of the Capital of SEOUL . a quiet area where rural children played, swimming across the Han River South-East, and some even further onto the cozy SokCheon Lake where Lotte World eventually built Korea’s Disneyland . this river-front park at the Northern river bank of ChungDam Bridge – linking SEOUL with its Southern satellite city of BunDang, still remain un-changed as the best river-side leisure spot North of the Han River – all told by taxi drivers I have come across who grew up in this area 😉 this is the part where Mr.Spock of Star Trek fame would quietly exclaim “hmm .. Amazing !”

it began its cycle of developments with Konkuk University established in 1959, six years after the Korean War . and a traditional school still sticking with spellings of ‘k’, when most city names have migrated to ‘g’ sometime around 1988 SEOUL Olympics, when Korean became more “suavely” sensitive to Western pronounciations as war-tone North-South tension leveled .

the campus is also one of the many where democracy demonstrations spurged in 1986, as college students and citizens waged a long insurgency against successive military dictators – bloody NOT as mass murders, but demonstrators hit-and-bled through-out the nation .

SEOUL Subway Line 2 came through in 1980 and Line 7 fully operational by the Millennium . the whole North-East block of the main crossing is taken by Konkuk University Campus AND Hospital, thus a large maze of eatery alleys await on its North-Western block, with some on immediate South-West also where demographics gradually turn as to the second-most concentrated Chinese residency in the Capital after SinRim at far East . and then history changed Star-Trek, on the South-Eastern block, as soon after in 2005, the Real Estate BOOM that soared South of the Han River and aptly translated Han Gang, over 1980 hit here too, as the University set plans to develop the whole intersection with Posco Construction, into the largest multi-complex North of the Han River .

the latest high-rise apartment building are few, compared to its earlier brothren South of the Han River, but this is as much land available North where houses and stores are cluttered from the old downtown days . the next best area for mild-development comes between Seoul Station and YongSan – both old train stations from war-torn days . 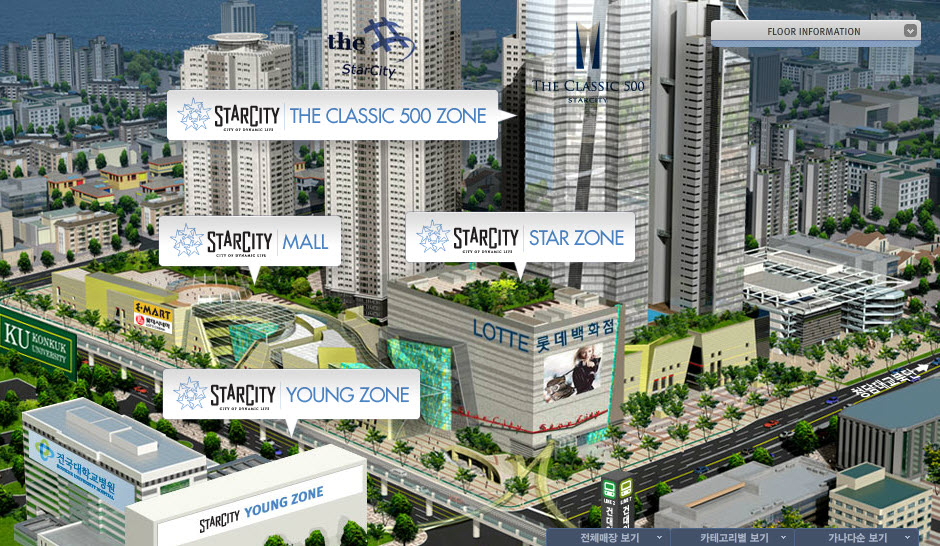 for Apple-pa’s (a fan-base term borne from Sony portable game and digital cameras) there are two different Apple Premium Re-Sellers at the main crossing where the two subways meet :