I should rephrase the title to “Scams” instead of “Crimes”
because in a highly literate society like Korea, the crooks will more likely try to trick you with convincing words and gesture, rather than the more brutal variety witnessed in other metropolis .

in doing so, you should search & read about the cons practiced Globally in modern times, such as :

I will start out with the most common to everyday Koreans then yonder onto those that target foreigners .

[ Chinese Phone Bill ]
you get a call or message that “your payment has been verified” (or the likes of it, which prompts you to call back).
but you did NOT pay ! so you call the incoming CID number and inquire .
a weird Korean-speaking operator answers and listens then consults whatever .. meanwhile the receiver is getting a percentage of your international call, for it is forwarded to a Korean-speaking region in China !

other phone scams galore .. just make sure you do NOT give out any information about yourself, even if the other party has a part of it saying they’re from your Bank or Credit Card Company . if needed : call back through the number listed on the backside of your credit card .

[ Internet Sales ]
you find a popular used electronics or computer parts on the Internet . the price is good but the seller in a remote place and urge you to transfer money first for a very convincing personal reason .
yes you got his phone number, bank number .. enough – you think – to track it down if it turns out to be a scam .. but the police have so much case like this that it takes a while – like days, and months .. and by then he’s long~ gone .

so much so, that most used-item sites now have an Escrow system in place but a bit complicated so just do the transaction in the real world, while verifying the product for yourself .

[ Road Side ]
in physical theft : home break-ins rarely occur but pick-pockets do exist in crowded subways or bus and bag-snatching side-walk pedestrians from a dashing motor-bike . this usually happens to ladies with a bag hung on her shoulder towards the road . a 2-man team on a motor-bike comes parallel you from behind (with engine cut-off for a few seconds so won’t hear the approach) and snatches up the bag . it is common knowledge NOT to try to hang onto your bag for you will be dragged along with bloody consequences . this can be more common on roads leading to rich high-rise apartments . normal police show-up time after a call in a city is 2~10 minutes . then on rural countryside where police takes time to appear : the same bike-gang would step down and beat the shit out of a rich-looking housewife (to scare the victim AND watchers) then take her bag and off .

[ Safety at Home ]
with the outburst of Internet Shopping Malls AND heavy traffic in the Capital of Seoul, same-day and next-day courier service is now part of daily life in Korea . so always alert your family or room-mate if a delivery is expected today or tomorrow . or else, do NOT open the door to anyone !

gas inspections are common perhaps every other months and usually a mid-aged lady will visit, but call information and connect with their office to verify her name before letting her in .
tap-water inspection rarely occur, unlike Europe .

[ illegal Drugs ]
like neighboring Japan drug-use is not common compared to other developed nations, to the similar scope of deadly crimes, again siting high literacy . there simply is no need to, when getting drunk like bonkers in the weekend is still a part of Korean culture and often mandatory in school circles as well as business dealings (Japan likewise). however, is rather common among entertainment industry where excuse being abrupt long hours they have to endure in a short span of time . and for creativity, the need to stay up late at night and the rest . celebrities tend to get off easy in punishment considering their stardom . it is also rather common among foreign English teachers and returning second-generation immigrants who have brought habits from home . do not even think about bringing some in for you will be greeted by cute sniffing-doggies at the airport .

smoking cigarette is on the decline like any part of the World, but you should see some of the ‘light-light’ labels coming out nowadays : an indonesian GuDang Garam addict would consider them mere puff of um, hazy air .

[ Massage Parlours ]
Seoul’s red light district has long been on North-Eastern end around HaWolGokDong and ChungRangRi Train Station . closer to expat neighborhoods across from YongSan Train Station and entering Arab hill in iTaewon . these areas has been officially been cleaned-up over the Millennium but some are said to remain . this effected abrupt increase in various kinds of massage parlours nation-wide offering some-what former President Bill Clinton defined as NOT sex . it really is hard to tell the difference between these and traditional blind massage or younger Sports Massage . for some are on same floors of game arcades . add to this a great number of barber shops offer some extent of other services .

even mid-range hotels adhere to Japanese businessmen so are the saunas within . and many saunas in iTaewon are known to be down-right gay spots . so try hair salons even if you are male and look for steam baths that have women’s section too .

[ Gambling ]
in South Korea gambling is only legal in a few designated tourist institutions :

[ Shuffling 101 for Strangers ]
obvious-looking foreigners are exempt from the still rare muggings I mentioned above, for nowadays they are NOT expected to be much affluent and they attract attention, which is the last thing thieves want . so you should watch out for elusive scams such as :

a cell phone is not FREE unless you go to the carrier’s office and verify that all payments are paid, so always meet at a branch office directly run by Telecommuncation Company (called “JigYoungJeum”) when buying a used phone .

offering from a hand-out leaflet in your neighborhood, or a computer repairman sets up/upgrades/repairs for free and recommend you subscribe to a certain Internet Connection . doubt it if the price is too good to be true . for he/she will get a commission of W100,000 for a year’s contract, and more for 2~3 years, which should have been paid to you at the time of sign-up . plus you have to pay penalty when you cancel mid-term, in which case your middle-man wouldn’t answer calls or lay out a series of irrelevant excuses if cornered .

if you happen to be here with a fake degree on your quest to teach English, first : it is morally wrong, for parents go through much hardship to send their kids to extra schooling to succeed among massive competition,
and second : look out for signs that your employer has seen through it . for he/she will hold it under the table and might eventually delay payment to you until it stacks up and then hint indirectly a crack-down is imminent, where your only option is to take flight over-night, with promises of receiving money afterwards . sure .

still, South Korea remains one of the safest developed country like neighboring Japan . 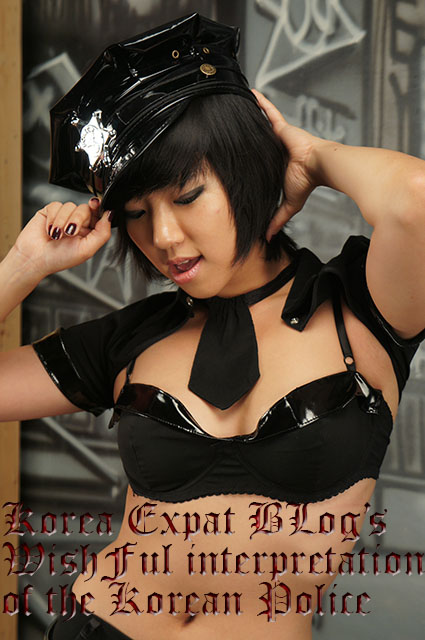