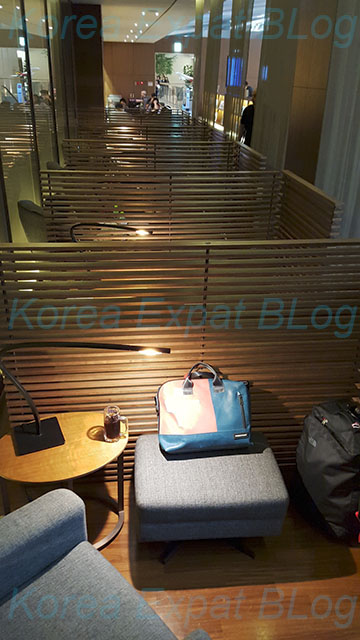 Left photo a quick peek at the cozy corner of my own World and unless you are an aspiring student on cross-continent tour, you want the trip to be as comfortable as possible without affairs, and the international this hub of the Orient offers many, but terms and locations change regular pending contracts so all information on this Page holds true between ThanksGiving and Christmas 2015 on mostly membership and some pay lounges operated by airlines and credit card companies . do check in advance on operating hours, as they differ from airlines to airport information . although a few local Korean credit card companies opened airport membership lounges from 2010, all had closed by early 2014 and now provide privileges in conjunction with airline and independent lounges . ♨ mark includes shower facilities and (*) are open hours verified through Official site .

( I have decided to list Duty-Free area inside PassPort Control in Northern structures on top of this Page, with general areas towards South in the main terminal at bottom for easier comprehension, and the order always going from West to East on this BLog )

[ inCheon Airport inside Duty-Free Zone ] this is the Northern-half of the main terminal where you board planes :

[ inCheon Airport – outside border control] this is the check-in area comprising Southern half of the main terminal (although a massive structure : even a second terminal is under construction much further North)

[ Comfort and Emergency BEFORE Border Control ] while drugstores and pharmacies are located both outside and inside passport control :

this Page is dedicated to sea-faring voyagers who dared to cross vast oceans, for glory and fortune when comfort was the last thing to expect, amid even safety through treacherous terrines and people .