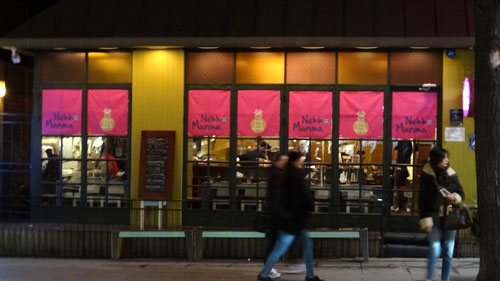 the old downtown of the Capital of Seoul lies North of the Han River sandwiched by mountainous hills constantly reminiscent of War . over the South Mountain “NamSan” (i.e., Hilton AND Hyatt Hotels atop) and across the Han River “HanGang” to the South, you land on the very spot where the most rich land-boom materialize in the 70’s and spread onto the 80’s, whose generous income enabled many families to send their children studying abroad in the 90’s thus there you have great Korean communities even where you are from .

this prime property of ShinSaDong awaits at the entrance South of the Han River onto literary translation of South of River “KangNam”, which is synonym for the newer Seoul (thus in mapping you ask whether you live/work in downtown Seoul or KangNam)

and a funny thing happened in one of the small alleys which spot all through this area – which was home to Korean versions of start-up dot.com companies that studdles the Korean IMF bail-out . a rather long~ alley of nothing worth noting, where one had to find their small building has now become a young, hip eating and shopping area comparable to the small alleys in St.Germain, Paris or Rive Gauche .

mid-way into this GarosuGiL which is a poetic expression of “tree-line street”, is the popular Japanese fusion restaurant Nekko Manma, one of the restaurants run by the mother of a young TV star – which is always a catalyst for hype . near-by in the affluent brand-name mecca of ApGuJeong started the whole Japanese restaurant spree prior to the Millennium which was more classic and main-stream Japanese cuisine . and now Globally acclaimed Korea has learnt to twist the taste in all sort of way to establish Japanese-looking and tasting but aborned a modern Korean way . thus the menu is recognizable in name and fun to pronounce .

but because this is again one of the many, many establishments meant to make money than savour taste to the appreciator, it has its limits when you try to recall the after-tastle . 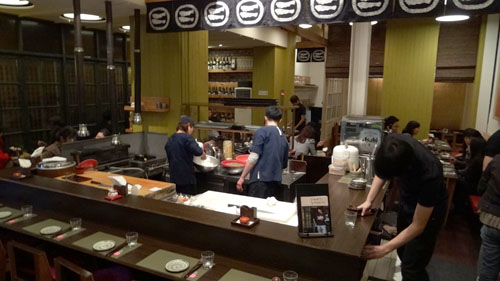 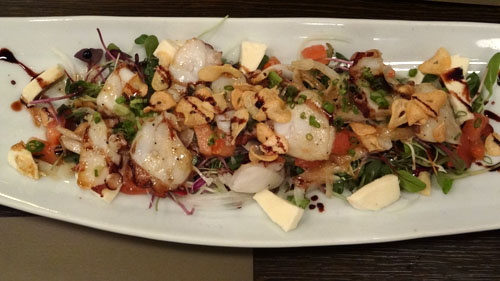 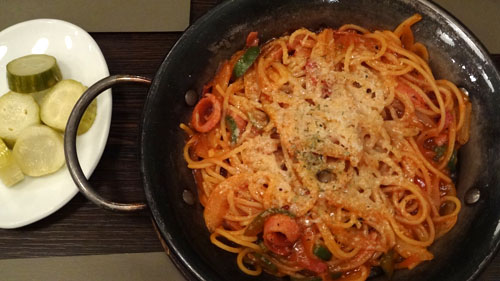 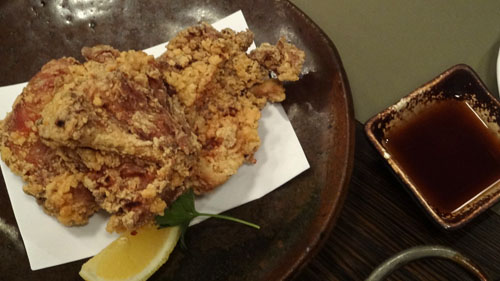 this restaurant is located almost next to the earliest Freitag Bag stores in Korea made Swiss recycled truck tarp covers . and before and after lunch or dining there is so much to do in this alley of pure joy . price is not cheap as in the more humble neighborhoods but nor is it astronomical in the more posh shopping districts that dot KangNam . 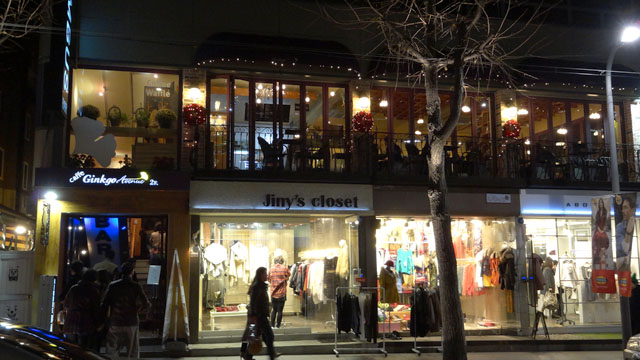