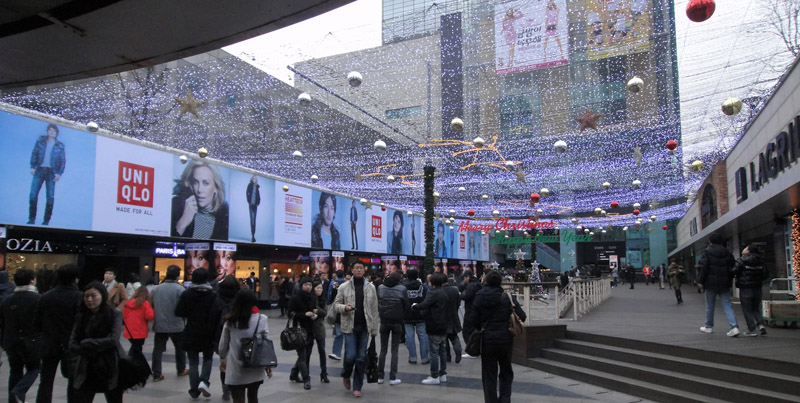 like all nations AND cultures around the Globe, Korean people’s major traditional festivities come on ThanksGiving in October and then Lunar New Years in February . that is, these are when far-away families gather, only aside from baby’s beginning birthdays, weddings, elder’s 60th birthdays and passings .

while New Years, Christmas and Valentines are more for gathering of friends AND lovers 😉 and from the nineties over the Millennium : ‘White Day’ a month AFTER Valentines and ‘Black Day’ ANOTHER month after that have begun as a fad only to smear into mainstream tends of the young as the former for guys to present chocolates to gals in return, then on the latter to have ‘JjaJangMyon’ together so-called because of the dark color of sauce in this uniquely Korean Chinese noodle dish .

and because everybody’s going out on Christmas AND New Years this is NOT the time to rush to restaurants NOR clubs for they typically charge twice or even many times more the normal price for a slight glitzier topping . but hanging out-doors is always free so this is a perfect time for you to enjoy on-the-spot festivities to last in your memoires long~ after you have moved on to other cities AND countries .

here a few of the best place to be come Golden Week-End :

conversely, you should NOT be traveling imminent-to and the ending of the holiday season for highways, trains and airports in the order of dead-lock conjestion, would be you most awful night-mare to remember -_-