Johnny Rockets Restaurant which started in LA in1986 with the good-times theme of 1950’s diners has finally landed on the Korean Penninsula . 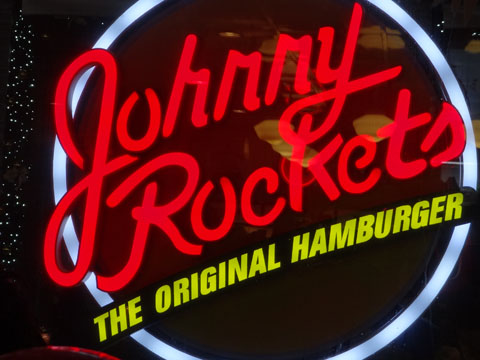 so what took so long ? the rationale is on the same dimension as Apple landing on Korean shores with the influx of iPhone and iPad where previous Macs could not . mostly because “sync” or synchronizing just was not in the modern Korean psyche where the nation had to learn early-on during war-torn days to do things manually . more-so : copying programs rather than buying app by app .

the introduction of Johnny Rockets into Korea is tried by the department store conglomerate ShinSeGae (meaning a “New World”) as the first diner in Korea opening on the ground floor of its KangNam Branch (actually a part of Central City Shopping Complex in BanPo which is a neighborhood West of KangNam Subway Station) last February 2011 .

soon after its second diner built into the new ChelSea Premium Outlet Mall open March 2011 in PaJu Region two-hours drive North-East of the Capital of Seoul .

and this first diner outside their department store or outlet opened in the young KangNam subway station last October 2011 .

soon-after another open in its existing YeoJu Premium Outlet Mall last November 2011 in the out-skirts of the Capital of Seoul appoximately and hour and a half drive South-East towards Busan or Pusan .

their KangNam diner can be reach via Seoul Subway Line 2 KangNam Station Exit 7 and taking the first alley Right up-hill . 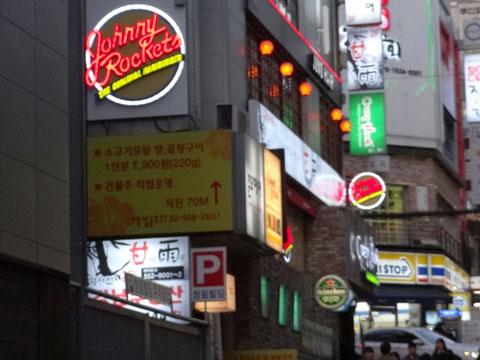 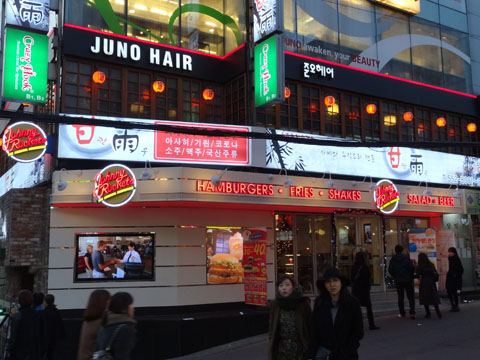 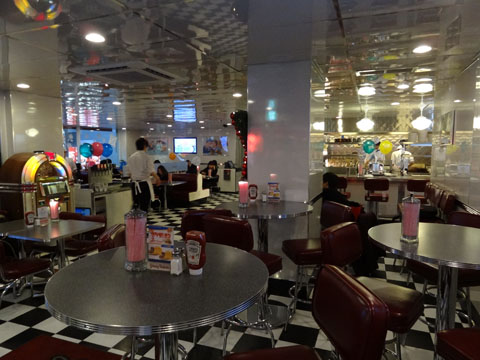 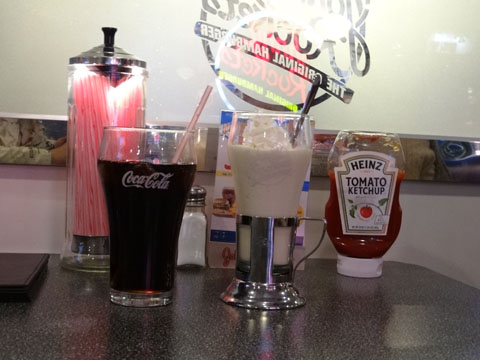 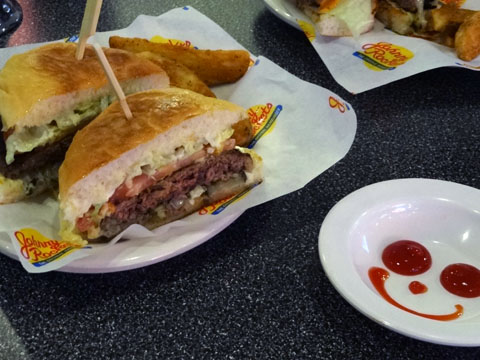 at first bite the food don’t taste different than Los Angeles but from start-to-finish you cannot help but feel the all-American atmosphere out-of-sync :
ofcourse a different culture, but they may have adapted to newer levels ..

thus Johnny Rockets’ success in South Korea seems to depend on a different level than another recent starter : IKEA for in a way Scandinavian designs may be more easily understood than good ol’Americana, not to mention even the ToNight Show playing on the wide-screen TV .. 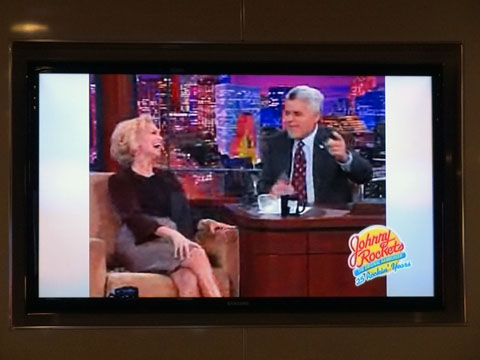 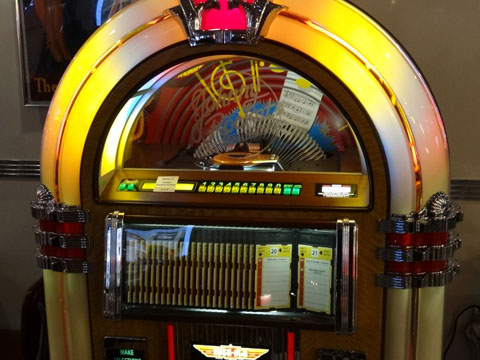 I used to go Johnny Rockets in Toronto,Canada and I liked Strewberry shake a lot! I never thought that I meet this delicious and great restarant again in SEOUL 🙂 I must go there this week. Thanks ExpatBolg!