now and then comes an institution even though humbly small, becomes so famous by word-of-mouth and remains as it is in a fast-changing World . and so it is dead-center of the old downtown SEOUL : right across from the American Embassy as well as KT Telecommunications building right next to it . it is on one of the small allies sandwiching the again infamous SeJong Cultural Center (as translated) but whom rather promote themselves as Performance Art Center as from their chosen website URL address – think of it as The Opera in gaie Paris .

LOCATION : Subway Line 5 Exit 8 (which takes you out onto the alley on the Left side of SeJong Cultural Center) and look to your Right . 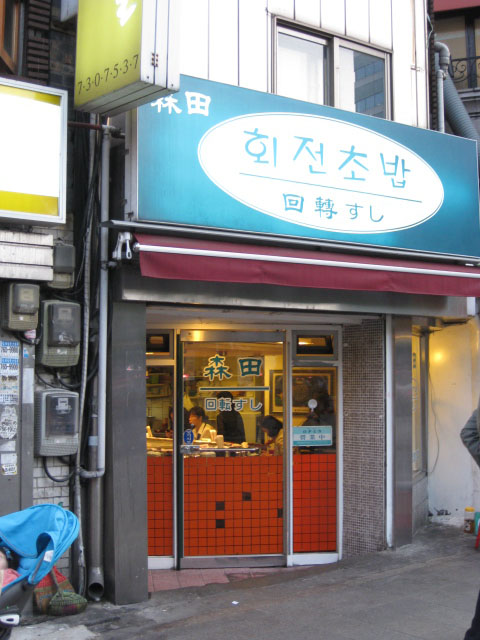 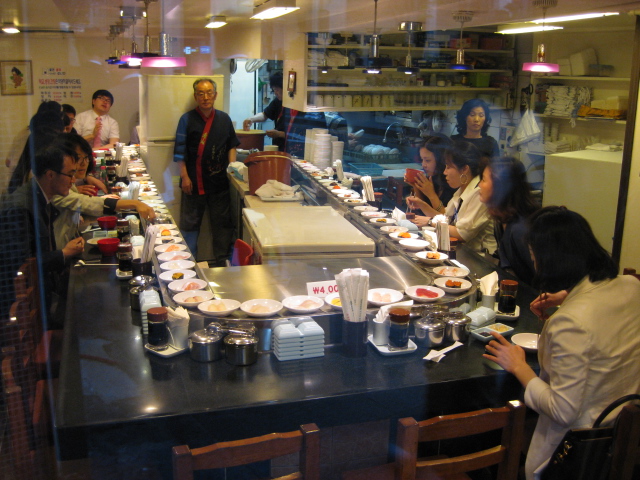 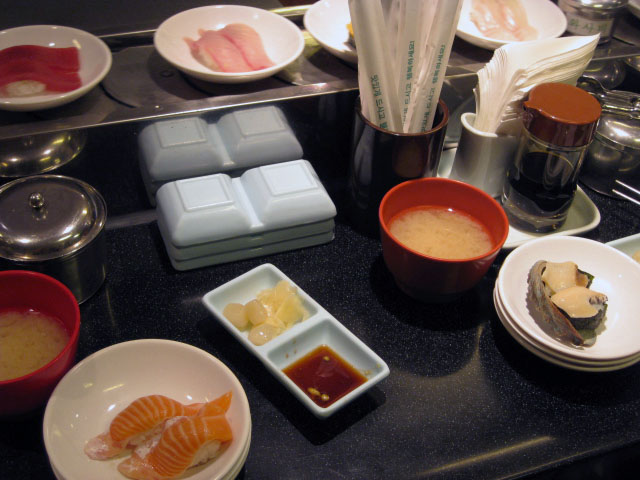 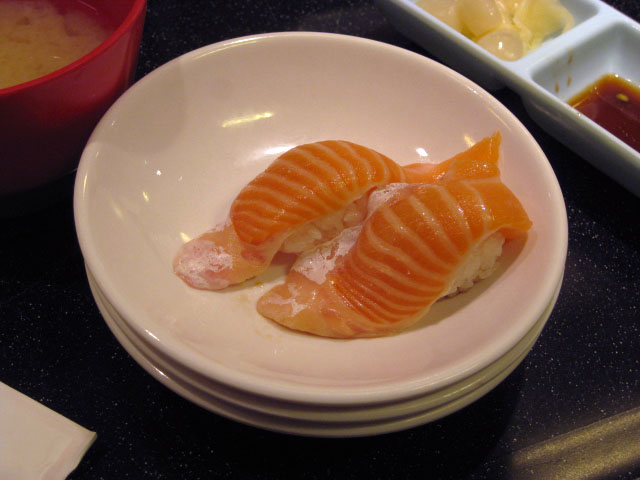 rotating sushi has been long known in neighboring Japan : more a fast-food eatery than full-fledged restaurant, where you pick your favourite dish from a circular line of rotating conveyor belt . tends to offer cheap alternative to a real sushi bar, in contrast to the most expensive where the chef comes into your room and cuts for your right in front 0o0 the price is set by the color or print pattern on each small dish, and usually at least in Japan : you can order a specific sushi even if they have a similar one in rotation, thus more fresh . the bill is calculated by calling the waiter/waitress to count the dishes after you are finished .

but during recession and in out-of-way places where they have opened shop only in prospect to make money, you will find many rotating sushi shops not worth the seemingly bargain price and most are not fresh, having lost its moisture and a common give-away is a trnsparent cover over the dish so that it will last longer ..

well this place has all the good points :