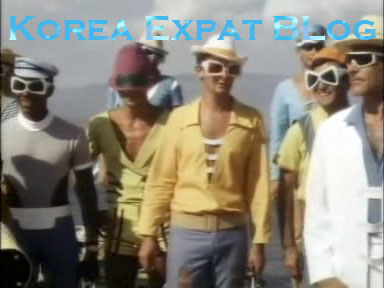 On the day that will live in infamy around the Pacific Rim April 27 2018 Friday at 9:30am : the third generation North Korean dictator appeared surrounded by tough bodyguards in dark suits at PanMunJeom, the mid-way station along 38th Parallel that divided the two Koreas at the end of The Korean War in 1953 . then as his entourage walked aside, he walked alone straight towards the border of South Korea where the Southern President awaits . they shook hands as language is basically the same – chatting as if a long-anticipated ally both ever-smiling (even-so the notion or rather the memory of death loomed above : for this was the chosen grandson of a notorious dictator, who blast suspected opponents in front of canons and the other was the lawyer of past administration President who committed suicide when the succeeding President gathered evidence for Prosecution of their family), then hopped in-and-out of the North Korean border line hand-in-hand . at the morning meeting the Northern leader spoke this should be the beginning of the end, not like other negotiations which have stalemated, and he will be positive towards upcoming talks and eventual re-unification . amidst everyone smiling, including international Press gathered on the Northern-most KINTEX Convention and Exhibition Centre .

they took a break for lunch as the Northern leader returned up North in his bullet-proof black limousine with a dozen body-guards running along-side, then came back for afternoon talks by 4:30pm and at 6pm on mutual announcement : both agreed to end the Korean War which still hasn’t Officially since Soviet and American Forces took over each side again, to turn this into a Peace Accord in its place . first ladies of both parties joined for dinner at 6:30pm and the whole ceremony ended almost 12 hours later when the Southern delegate bid farewell to Northern counterparts by 9:25pm – well into darkness over the Korean Peninsula .