a great time to visit back to the classic fashion centre smack in the middle of the Capital in old downtown SEOUL, is none other than the second major national holiday Season of Lunar New Years, as most shops and eateries are open throughout and seldom close for aside from being THE oldest shopping district in the Korean Peninsula : constant influx of tourist – formerly Japanese but recently over-come by Chinese and South-East Asian with fall of the Yen currency exchange .

one joyous problem is that there are so many restaurants in this area, you would have a hard time deciding which today – not often it takes much time doing so : for you enter into one that is facing you at the time, but it is good many popular brand-name restaurants have a branch here 😉 and this around we chose one that specialize in Korean barbecue and spare-ribs . Wang-Bi Jib in Korean has a double meaning : 1.”Queen’s House” hinted from their generous variety of side dishes, and 2.short for “giant spare ribs” from Wang-Gal-Bi 😉 they opened their first restaurant just in-road further from this branch we visited – in the heart of MyeongDong, where they have three branches within, then the other two all within walking distance South behind City Hall and in the back-alleys of JongRo . this one is at the South-West entrance to Myeong-Dong, next to the mammoth Post Office and across from another goliath ShinSeGae Department Store . their main selling-point as shown on bill-board below is the Lunch Special for just over W12,000 per person for pork, and beef at W20,000 . 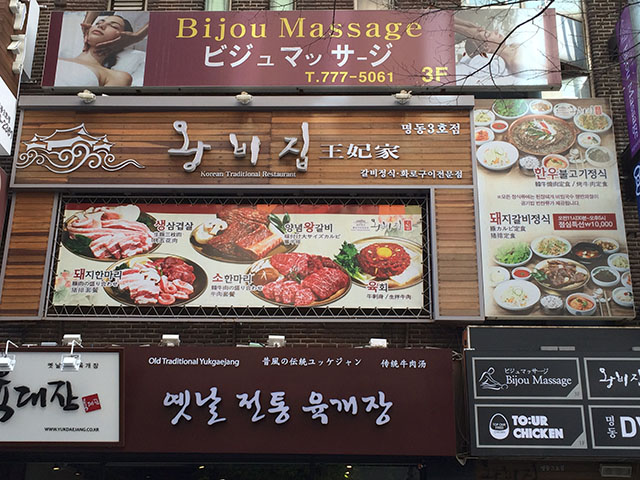 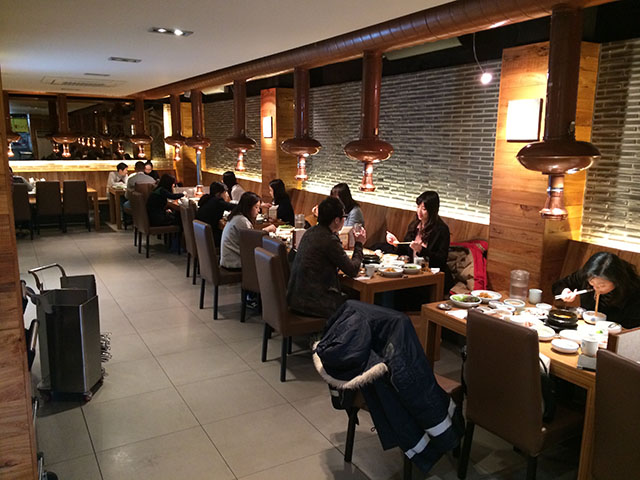 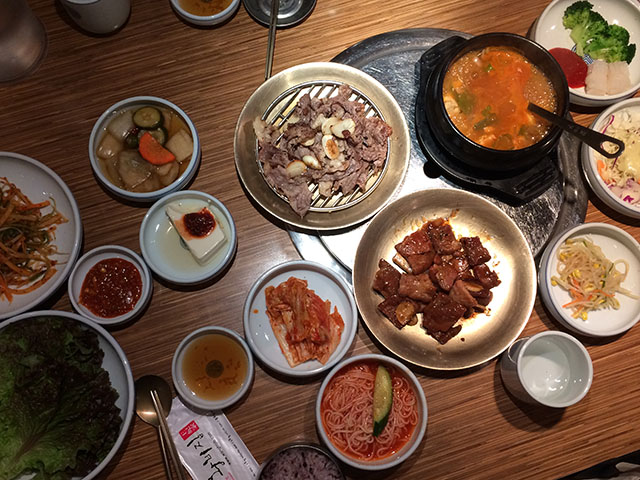 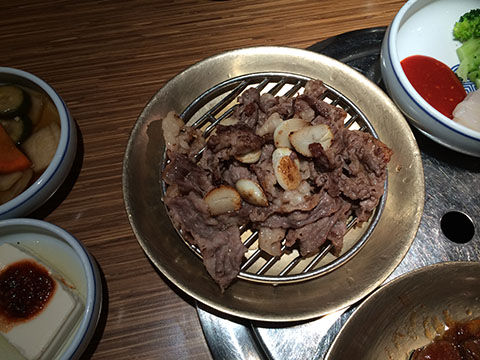 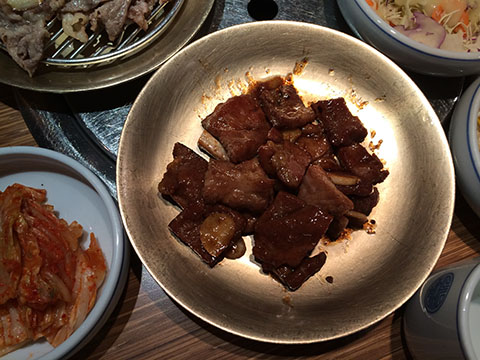