inCheon international Airport Officially opened 2001, by filling four islands (connected by narrow roads – which I myself enjoyed driving to, for then-secluded beaches) off the West-Coast Port City of inCheon . and because it is a good two-hours drive (the preceding GimPo Airport is an hour’s drive) West of its serving Capital of SEOUL, transportation is always a factor .

you basically have four options (in the order of sheer speed):

the end of the Line at SEOUL KTX Train Station is built (2004) right next to the old SEOUL Train Station – erect 1900, now defunct – is largely a business district

( I should clarify because this whole area is a rather huge complex – some not seen as it is under-ground : the original brick-dome building of Japanese Meiji government facade is regularly used for college graduate art shows in the Summer, and the full-glass KTX Bullet Train Station built just South of it, contains AirPort Express dug-deep at its rear entrance at West-End – ticketing at B2 Floor and platform at an astonishing B7 Floor. then Subway Line 1 and 4 can be accessed again under-ground to its East via outside corridor )

so many opt.to pick lodging at the two stations just prior to terminus at either HongDae (short for Hong-ik University) or GongDok (the area is largely known as Mapo). HongDae has become a party-area for young English teachers, so many sleek AirBnB lodging and cheap guest-houses abound in this area – many quite a walk from the actual station and/or bar-clustered areas .

” Korean lodging FAQ : (note, the English terms are quite different in Post-Modern South Korean from say, American Mid-West in the order from expensive price) ＊hotel in full-service sometimes chains ＊residence is the latest no-frills block-building much alike Japanese business hotels, although designed a bit more boutique ＊AirBnB is dotted near subway stations all-over the Capital just like any other developed country ＊guest-house is more of smaller hostel, privately owned and operated＊inn(yeo-gwan) is the faded old Korean lodging mostly in small buildings falling-apart “ 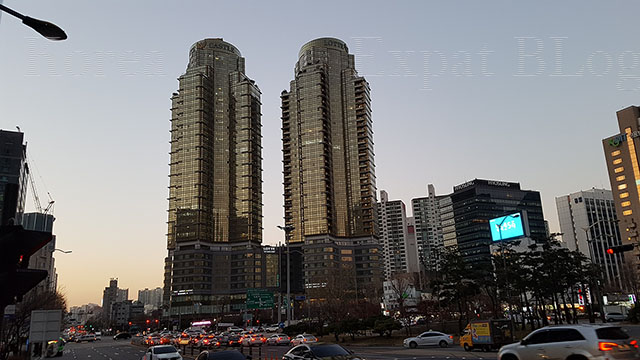