Ancient King JeongJo took the throne of Korean JoSeon Dynasty on 1776 and sought-out to re-locate the tomb of his father – who missed-out to be King before-him, as he SaDo was executed by his grand-father YeongJo – from BaeBong Mountain where malicious omen ensued, to Hwa Mountain (thus the castle built on it : HwaSung) in SuWon . in doing so, the new King had to relocate the inhabitants of its village, and did to current SuWon City . here he implemented a policy to give-out beef to those who came to live here .

as the Pacific Theatre broke out during World War ii : cows throughout Korea was used-out to the military and its number shrunk drastically, thus beef was rare and expensive . this was a farming Peninsula up until the sixties, and Suwon was geographically in the middle of it all – right on the way to the Capital from vast Southern regions . the government’s Agricultural Research institute as well as the agriculture department most prestigious University was here . there was also a large beef market and many rich merchants who lived here could afford to dine at one of the eateries .

HwaChoonOk opened in 1945 as a vegetable-mixed soup restaurant in YeongDong (open) Market where they threw-in pieces of ribs, and switched to roasted beef ribs by 1956 . over 1960 South Korea’s ruling military dictator often ate here, along the way to Suwon’s Agriculture Centre . as the word spread : Suwon ribs became famous nation-wide and more ribs-place opened there-after in 1970 .

characteristics of Suwon king ribs is that the ribs are larger than traditional Korean ribs and marinated with salt . it has become so famous now that their who’s who includes Korean Senators as well as American Ambassadors, and is even on the course for cruise line visiting inCheon . this city’s land-mark currently is formed of three building facing each other, where you cannot reserve tables the very day so would have to wait in either of the three buildings . I was so excited and visiting with a potential business colleague that I missed-out on taking photos of its wonder-full exterior and amazingly crowded interior but hey here are the dishes : 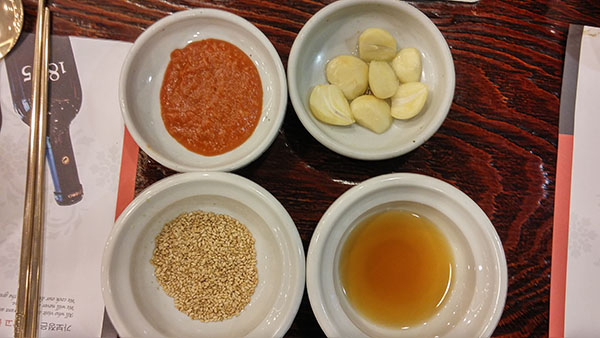 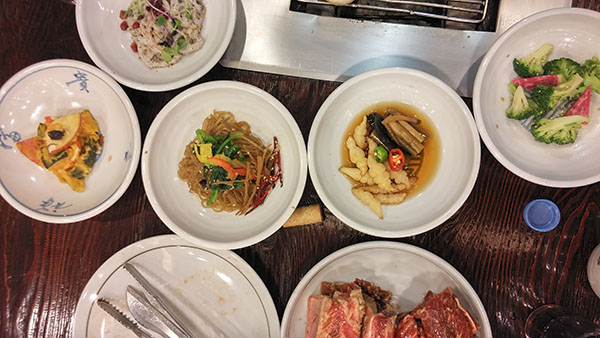 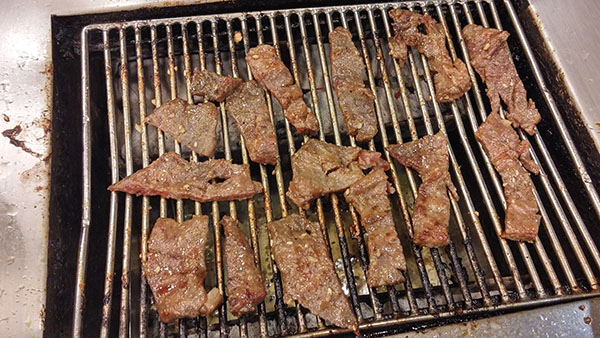 the menu distinctively separates (in the order of price, most expensive first) local Korean, Australian and American beef and is on the expensive-side compared to those up in the Capital of SEOUL . the meat and roasting table was good, however I found the smaller dishes which come-out before the main beef : more unique and tastey .

it is about 15-minutes taxi ride – famous enough that any cab driver would know – West from Suwon KTX Train Station, which in turn is only 30-minutes express train-ride South from SEOUL Station . I suggest you try this when you visit the first and new iKEA at GwangMyeong KTX Train Station which is in between .