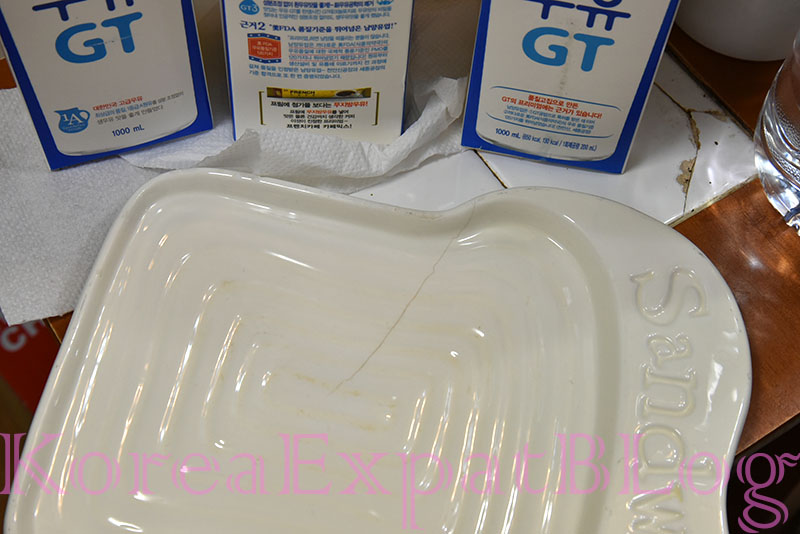 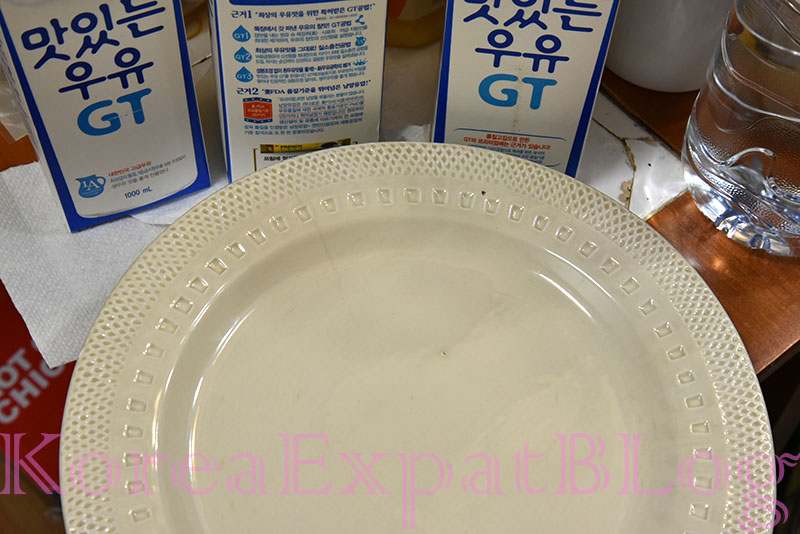 The old grand-mothers’ tale of how simple milk can fix cracks on plates, has been echoed throughout different cultures West and East .. even here around the Korean Peninsula today . local BLogs pass-on the routine, short of swearing on its validity . and many have wondered :

ofcourse many doubt why go through the trouble, when an alternative can be bought quite cheap on various discounts available On-Line ? but you cannot help but try, when you begin to see lines forming on unique plates brought abroad from the States . and to cost more if you were to air-lift them across the Pacific Ocean -_-

the manual is simple : put the plates on a large pan, pour milk to cover it, then boil it and leave it to cool down .

Well first : you need three large bottles of milk to fill a pan containing .. say three thick main-course dinner plates ! boil it, and it all gets messy with white film forming over it on top . No before-and-after photos here, as they look exactly the same there-after . and it still remains to be seen whether the solidified milk have tightened the vacancy in the cracks to make them last longer .. but No, I’m never gonna do it again //