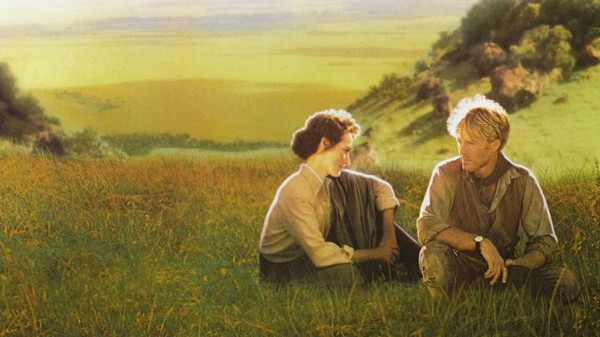 I, I had a farm in Africa at the foot of the Ngong Hills Oh wrong story, but I really wish I had – here’s to remembrance – in ode to another classic Oscar movie starring Robert Redford The Way We Were . OK let me tell you a story that coincides with the incredible development of South Korea onto the Millennium, which began not long ago from the Korean War .. the story begins during the latter half of his highness : the late father of current President – General Park’s totalitarian rule over the divided South over almost two decades .

it was the very beginning of a time when the government fore-saw the need to expand and relocate its large populace which had amassed into the Capital of SEOUL, and began a historical property development plan across the Han River rightfully named KangNam (South of the River). at its West-end a concentration of apartments were being built for the nouveau-riche at BanPo (currently re-dubbed GuBanPo – as old BanPo), and East its business sector forming at South Korea’s first multi-shopping complex with COEX Exhibition Hall . then ofcourse further East the again first Korea’s Disneyland as Lotte World at JamSiL . at the core of all this was a landmark intersection crossing where Subway Line 2 would come to pass and KangNam Station erected . it was the first and major modern hub linking North-South buses from downtown linking to this East-West subway line .

as New York bakery flourished in its original location at SEOUL’s classic fashion mecca of MyeongDong, they opened its branch at this very location in 1974, when its surrounding were barren fields reminiscent of Out-of-Africa minus the elephants and lions . the subway station would open almost a decade later just before Christmas of 1982 . ever since there-after it was THE sure-est spot to meet your friend or loved one at KangNam Subway Station . it was always a sight to be seen : with a bunch of people standing in front of the landmark bakery, much alike as at the bus-stop near-by for out-of-city limousines linking the Satellite City of BunDang .

now a whopping 48 Years later mammoth office buildings and condos line North-South on HanNamDaeRo and East-West on KangNamDaeRo (meaning big road) it is more profitable to rent-out space than operate a bakery . hence the synonym of KangNam to those who have witness The Miracle of the Han River and now live in KangNam Style : New York Bakery will close and an apparel firm from SamSung conglomerate would fill in the spot from next Month .

( IN DETAIL ) New York Bakery had been famous to the rumour that the late President Park only ate bread from here . they expanded to almost 160 branches and crumble during 1998 iMF bail-out, when both this New York Building with Bakery intact was purchased by ABC Company, changing its name to ABC New York Bakery since . ABC is a company group including electronics to construction, closely knit to politics and mentioned in scandals . 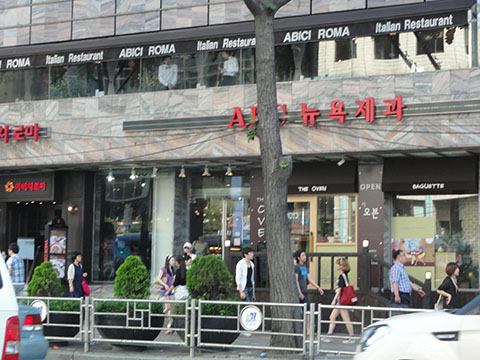 (before and after) top : taken Summer 2010 during the last years of New York Bakery at SEOUL Subway Line 2 KangNam Station Exit 10 and below : Giordano which replaced Tower Records – midway between above and Subway Line Exit 6 where a new landmark stands as Kyobo Tower – housing the largest selection of English and Japanese books, like its earlier brethren in the middle of old downtown . a Wonderous walk just North from New York Bakery : Tower Records was THE place to go during the 1990’s . imagine the familiar red-on-yellow bill-board then .. the turn-over also reflect changing of the times : as scholastic competition if fierce among a massive population fighting for a small land, addition studies institutes are gathered in the JongRo still in the old downtown while higher-class language institutes are right here, thus trendy-but-affordable apparel companies opening-up their presence here during the last two years .

( A Year After in Retrospect ) it is a weird sight see people waiting for dates outside Subway Exit 10 now without any landmark, like numb-found and not knowing what to do .

– Korea Expat BLog, in the planning – 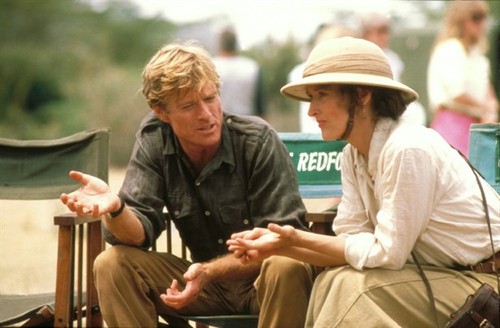