there are many who collect solid colors, and some with letters or even photos .
but in my experience of watching the girls go by um, I mean many, many Freitags On-Line as well as in stores : racing stripes complement best this genre of recycled tarps made-into cycle-hurdling bags .

compared to the above : racing stripes come natural from vivid colors originally intended to double as ads, and the real fact that this was made for constantly moving trucks, and now recycled for shifting bicycles 😉 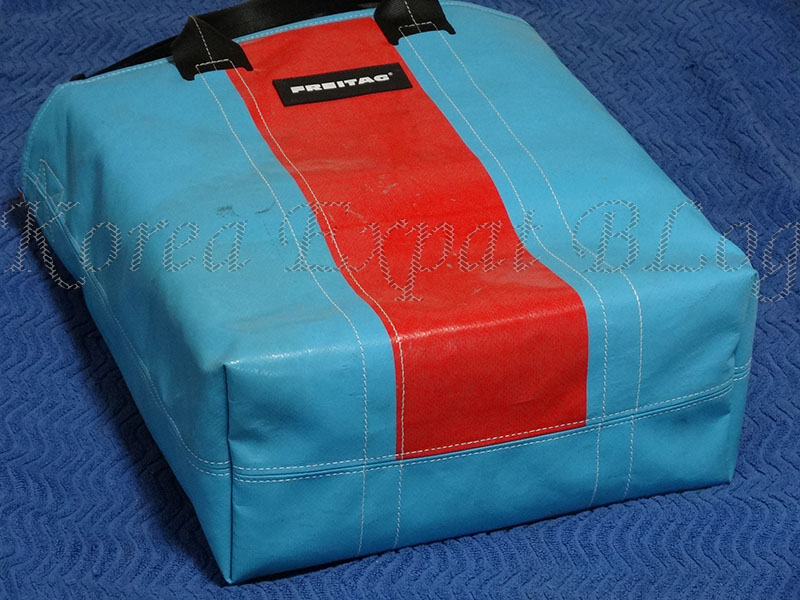