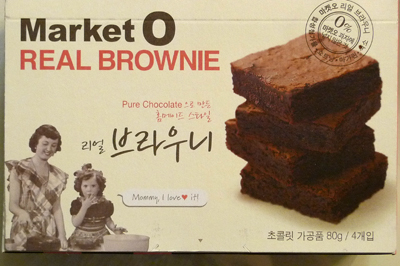 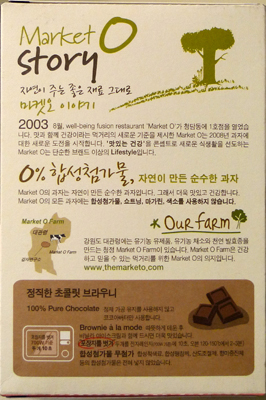 long-time Korean cookie maker Orion introduced Market O packaged cookies in corporation with the star-studded company that introduced the well-being restaurant of the same name in August 2003 . by No, Hee Young .

Orion also owns Bennigan’s franchise in Korea and has taken over the Market O restaurant chain at the end of 2006 .
Market O has 6 restaurants in Korea while 4 is alongside Bennigan’s .
Bennigan’s in the States declared bankruptcy in July 2008 but the Korean franchise has been doing comparably well it may hold onto it still .

so if you want to try a Market O restaurant :