you will have largely four choices to dig-in for the view :

lastly here are the warnings : ofcourse the immediate JamSil crossing and around SeokCheon Lake is the best place to enjoy all up-and-close but there will be early placers taking space right after lunch, plus immediate areas will be fended-off in the name of safety as fireworks debris might fall-upon and you can forget coming to actual JamSil Subway Station imminent to beginning time nearing 8pm, as 1st: trains won’t stop here during fireworks AND there won’t be any space to move-around.. even trying to get out of this SubWay Station ! 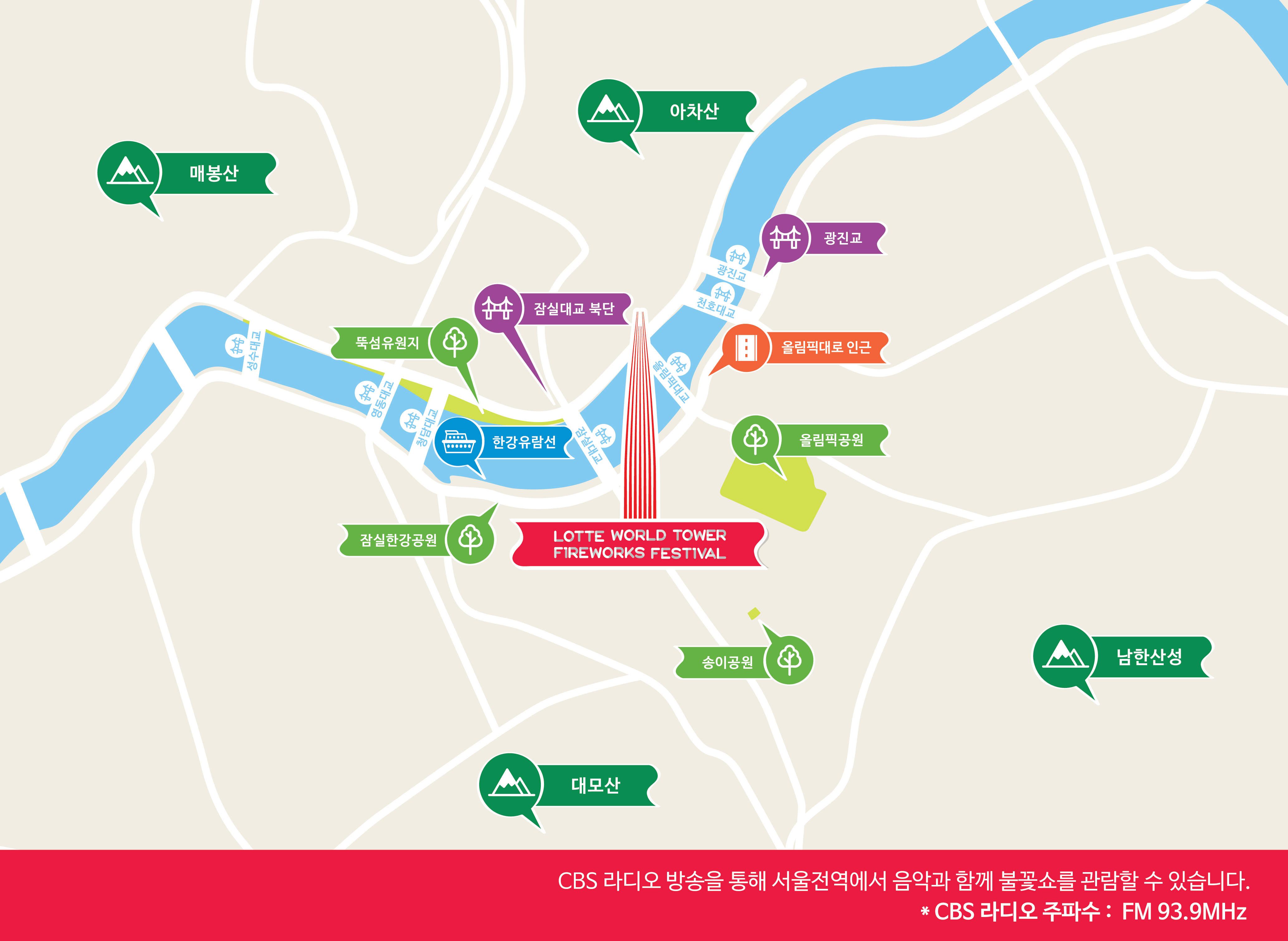 May 4 Saturday 2019 : the prelude will begin 8pm sharp with blots of fireworks every 10 minutes after which the main event will come into place starting 8:30 lasting mere 11 minutes but which will remain in your memory for another decade .