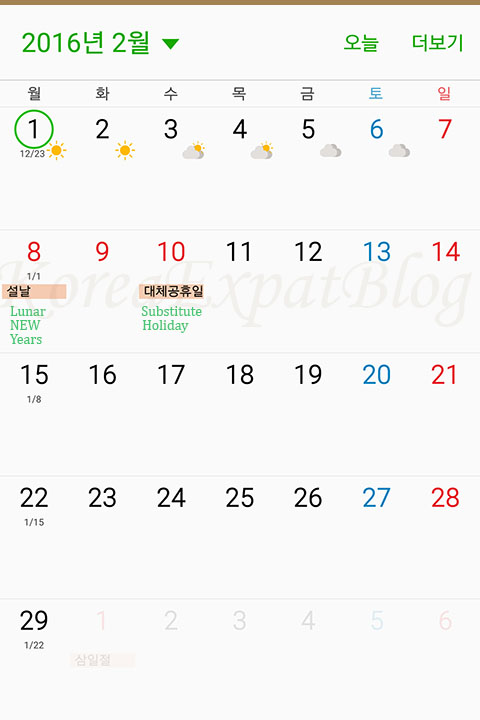 You should know a NEW holiday system is in effect from 2014 at government offices including Post Office and major Banks, where an additional business day is designated as Holiday, if a Holiday falls upon a WeekEnd or another Holiday .

also that Lunar NEW Years and ThanksGiving Holidays each span a good full-three days, because a bulk of the population originally from the suburbs, now work and dwell in Metropolitan SEOUL and need a few days to return home to pay respect to their elders in Korea’s two most traditional holiday season .