as a prelude to PyeongChang Winter Olympics 2018 (February 9 ~ 25) down-fur long-coats Officially bearing its international game name, appeared at (South Korea’s second conglomerate retail) Lotte Department Store over Fall 2017 at mere 140,000 Won – when similar quality designer-brand coats were selling at W300,000 ~ 400,000. this became an instant-hit considering its price and quality, especially with idol-worship-effect from photos of young music stars wearing it at airports (dubbed Airport Fashion). it was soon sold-out as consumers spread the word On-Line (as South Korea is Post-Millennium) then began selling at used-items communities for W180,000 then W240,000. 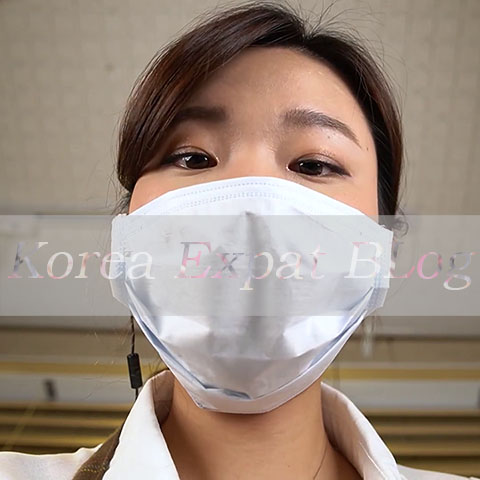 Fast-Forward two years when South Korea has learnt to protect itself, from its first nation-wide epidemic MERS Middle-East Respiratory Syndrome CoronaVirus, over May 20 ~ July 28 2015. as Wuhan CoronaVirus news settled from mainland China over Chinese Lunar NEW Years on the last Weekend of January 2020. one-time single-use protection face-masks became harder and harder to get into beginning of February that the government began limiting exports (as Chinese brokers visited Korean factories with hundreds of Million-Won in CASH, to re-pack at international Airports for resale in China as Korean masks are rumoured to be better than Japanese) and crack-down on local factories (who had been stacking produced boxes outside to wait for price to rise further). these are all Korean quality-classified KF94 products with higher filter than KF80 – recommended for minors and elders as it is easier to breathe .

while some KF80’s are still available, KF94’s individual price is now rising to W3,000 from W2,000 last Week . that’s USD $1.70 ~ 2.50 a-piece for a disposable protection mask ! this is over three times its price last Christmas . so instead, many are opting for more expensive re-usable masks with exchangeable filters (again KF94 filter protection level, though KF classification is not Officially rendered for filters alone) which are W10,000 ~ W50,000 a piece ($8 ~ 40 Dollars and filters are expensive too) and as these are expensive products they look-so accordingly in design with seams and breathing holes, in several colors aside from basic White, Black to even graphic prints .

so as basically every one on the street as well as inside and on bus, subways and trains have masks-on, the new fashion-conscious has these design-masks on top of the usual Long-Padding down coats, to make this the latest trend of Winter-Spring Season 2020.