the once-beautifully design-ful Air France logo stripe now floating on the Atlantic Ocean remind us of a gruesome alternative to Technology. search crews here recovering vertical stabilizers from the ill-fated AirBus A330-200 . 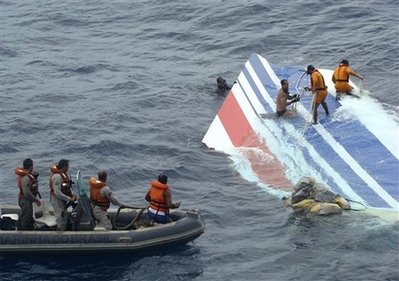 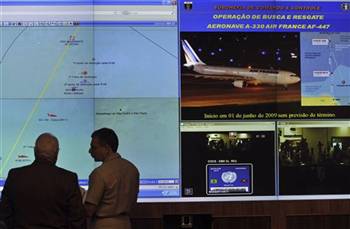 as massive search is under way to recover its flight recorders which will beep for a month 12,000 ft below the ocean, many theories arise including a bomb threat days before, most likely of which is that the plane reduced too much speed in face of turbulence, to a stall at an altitude of 35,000 ft. and could not recover from it in tropical storm at night . and no, this is not anywhere near Bermuda Triangle .

those who know how to read the final messages automatically sent by the plane chill up, for there seems to have been too many errors showing up in front of the pilot all at once .. he won’t have had time to do much . the last warning indicates loss of cabin pressure .