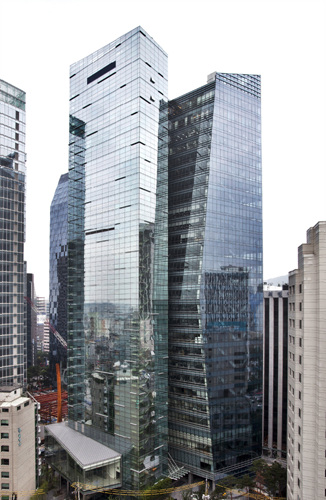 and on the two underground levels await half-a-dozen prestigeous restaurants deserving this area riche . among which is HanilKwan, haute Korean cuisine with three branches in the Capital of SEOUL, all again in prime real-estate areas .

usually Korean restaurants suffer from grim interiors, as most have cared mostly for taste than looks and even on expensive places : traditional ornaments are clittery thus making the whole place look unorganized to a stranger . but this one is clean, or more aptly : over-simplistic that it almost looks barren if NOT for the businessmen crowding this place at exact lunch hours – amazing, for you can get a table right-away from 1 pm !

as would be choice for higher Korean restaurants, the best choices are the set menu – NOT cheap, but a good compromise for lunch and most varied choices for the visiting business-persion from abroad to taste traditional food that do not improvise . cheaper set menus are around W12000 while the ones with meat are W18000 . here for two people having Korean barbecue ribs and simple thin-sliced barbecue . 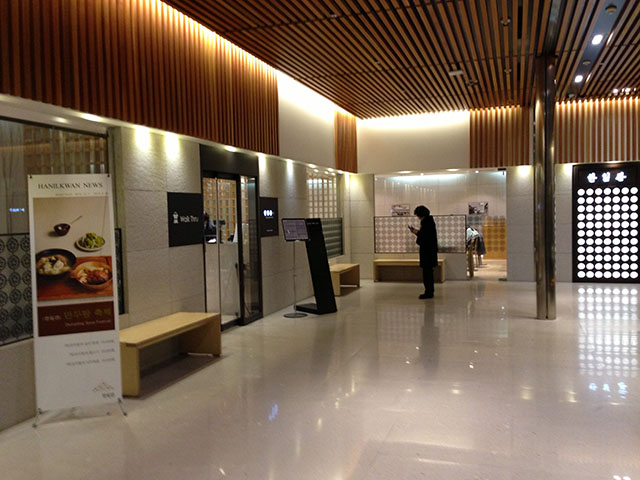 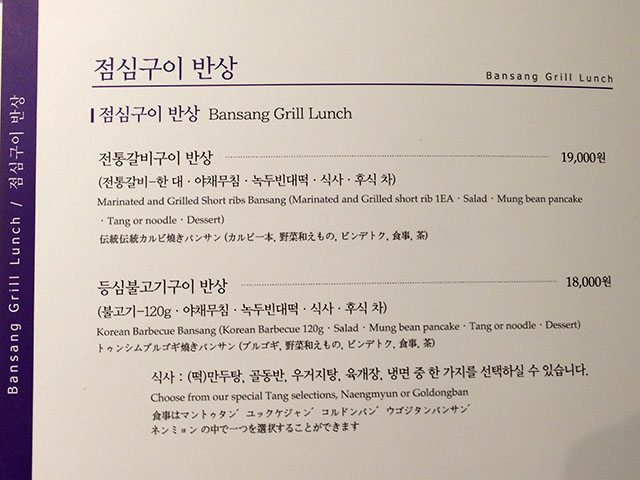 the whole set comes in three installments . first come salad, fruits and side dishes . then the main dish, followed by your choice of mixed rice, two kinds of rice soups or cold noodle in choice of clear soup or red-hot paste . 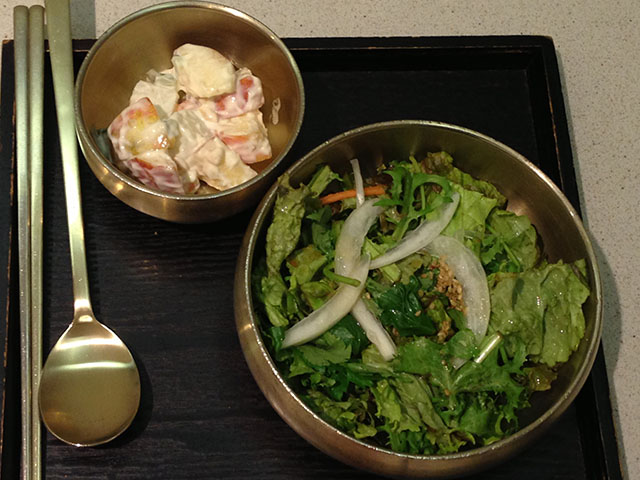 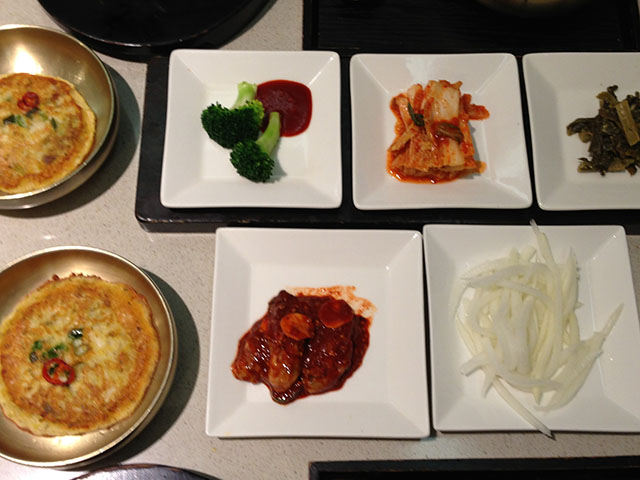 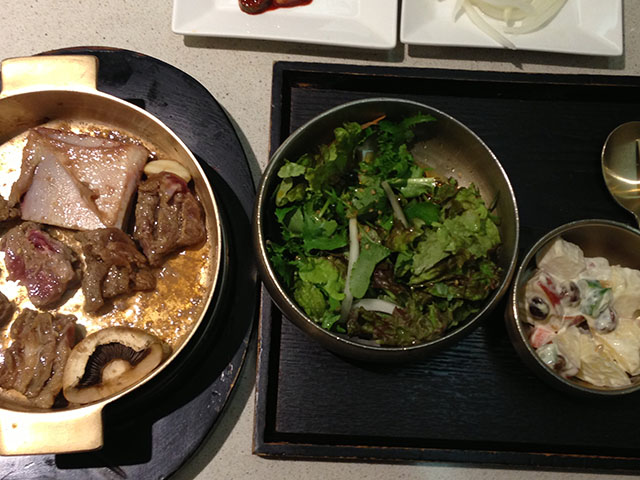 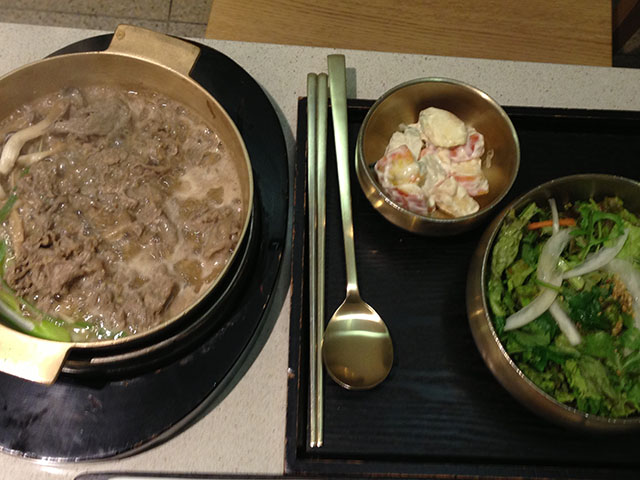 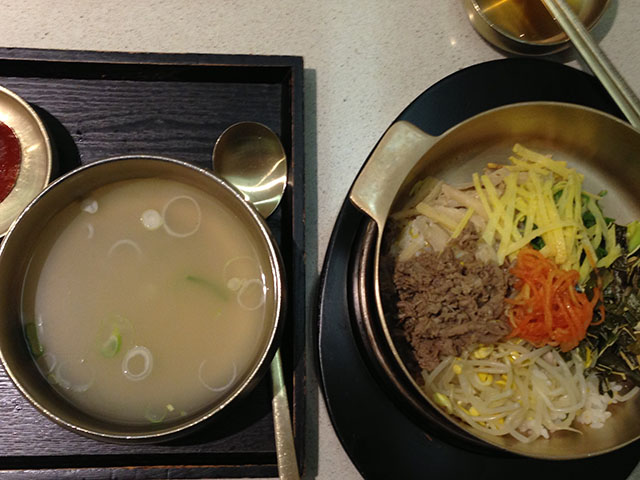 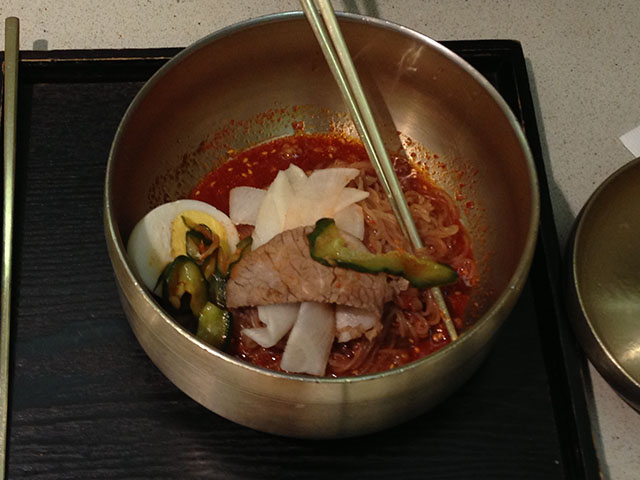 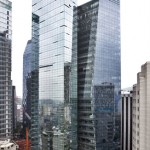 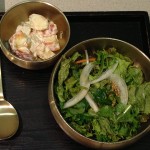 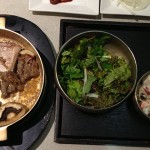 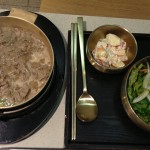 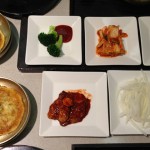 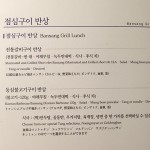 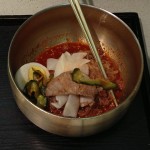 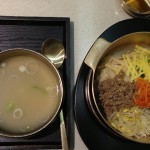 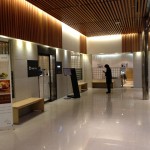