there are many, many place to eat in MyeongDong – the Capital thus the nation’s classic fashion center – now packed with cosmetics stores popularized from Korean TV drama and singer-groups dubbed the Korean wave of Hallyu, targeted for Japanese and now Chinese tourists as the more trendy fashion center has relocated South of the Han River (thus KangNam) since the Eighties . and toward its East entrance more restaurants and massage parlours are crammed as you see below : note the restaurant under-ground is another famous eatery known-through magazines in neighboring Japan called Mille Feuille (thousand leaves in French) named for cutlet of layered beef slices, although it seems to have become a not-so-popular rather cheap eatery once crossing the Straits . 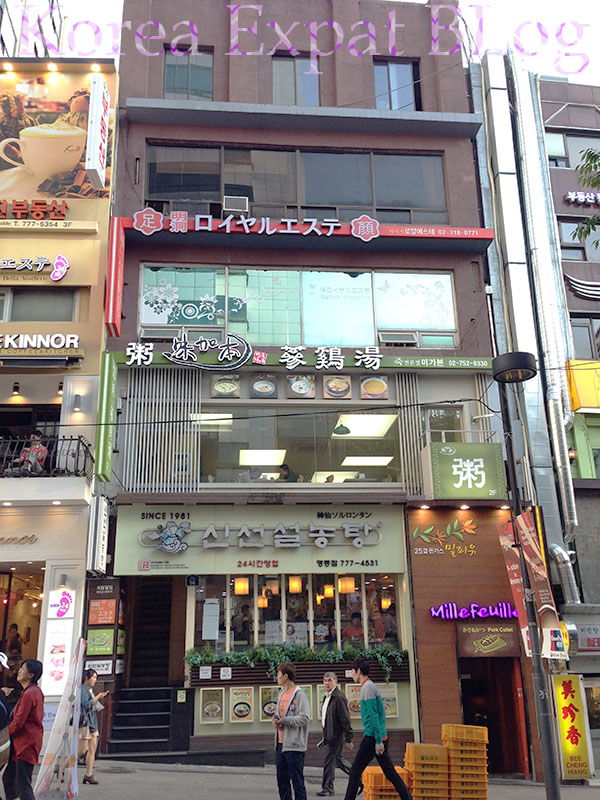 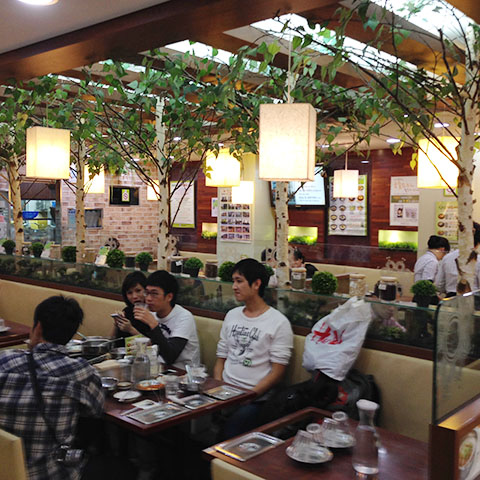 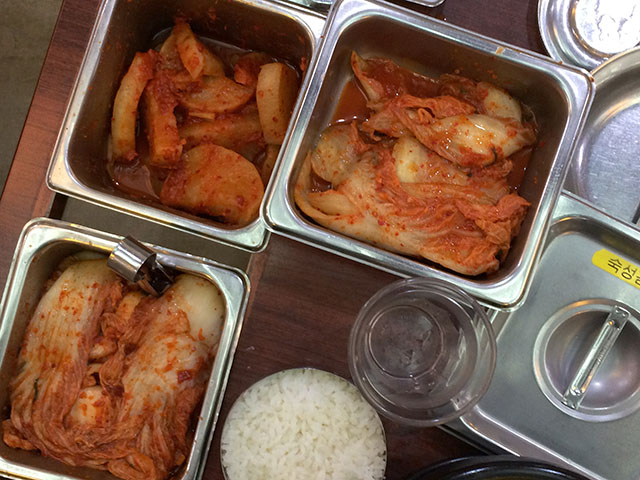 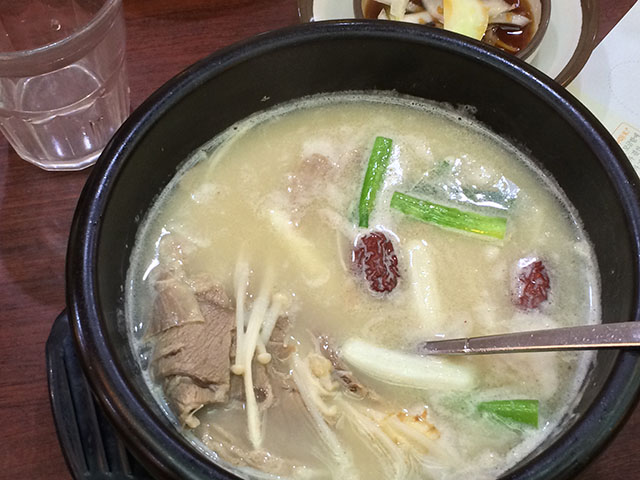 but this Korean soupery whose MyeongDong branch is on the first floor, across from Royal Hotel and CitiBank is quite well-known for their soothing soup with beef slices, mushroom, vegetables and rice . locals can tell a true soup place like this from the white color of the soup resulting from hours of broiling bone-parts . you put a timid amount of salt and take this with ample portions of kimchi, of which here three varieties are offered to your liking .. quite known to visitors as you commonly see South-East Asians as well as Japanese and Chinese . they are open 24 hours which is only common here in MyeongDong though .

1966 : they have their roots from then-classy Chinese restaurants first opening the again-then international region of BoGwangDong and HanNamDong, encompassing current iTaewon . over the Eighties they turned into Korean extending onto the then-downtown area of the Capital of SEOUL, and solidifying their name to the current ShinSun SolNongTang, which means fresh beef soup in traditional Korean tone over the Nineties . they began take-out versions of their beef soup from mid-Nineties and spread with haute population onto the riche KangNam area South of the Han River .

you can order ample portions of their beef-bone soup from their On-Line mall linked by clicking below : 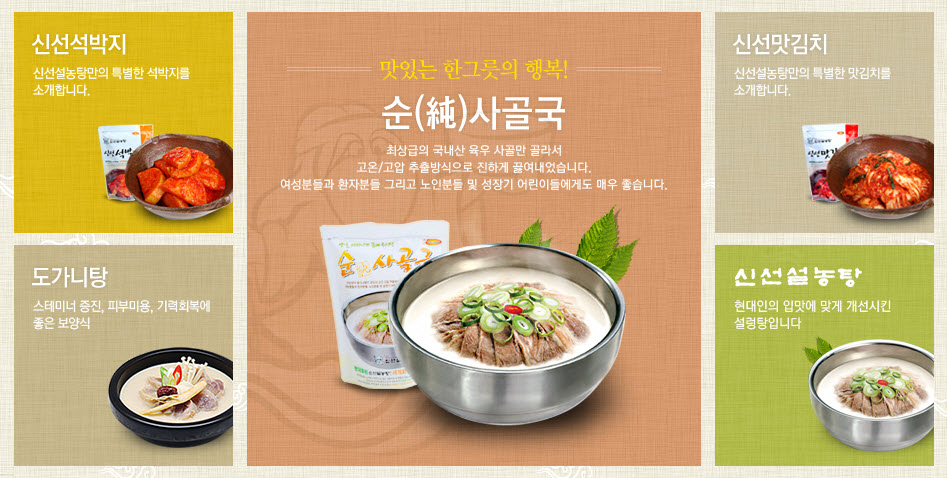 there are lots of restaurants in the city and even country-side that promote to make the best thus pure such beef-bone soup, but sit down for a meal with a genuine one like this and you will devour the soup until the last drop, as it solace all your hard-ship you have come to endure in a foreign land, even if this is local Korean //