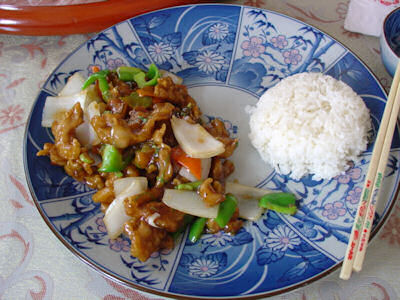 just as Ho Lee Chow at Hamilton Hotel a comforting Chinese American restaurant in Seoul, there is King Yen in Busan  . the Korean couple operated a Chinese restaurant in San Francisco . and as the minds of early Korean immigrants who came for their children’s education, they decided to go back home when the kids grew and out on their own .

they knew the neighbohood well, called “ToGok” in the old days stemming from “the valley where rabbits grow”. but as Korea’s second city of Busan is over-rated and has a subway system that merely forms a large cross, the area they set up shop was nowhere near a subway station . they made simple Chinese dishes found more States-side than in China, with a price reminescent of the good old days . cheaper are the lunch menus with a choice of one dish comes with rice and soup . cannot ask for more .

add to it the current state of Busan, whose official name changed from Pusan sometime mounting to the Seoul’88 Olympics, is a boom town for English teachers from every English speaking country . most so they come by word-of-mouth and with directions worded on expat postboards . 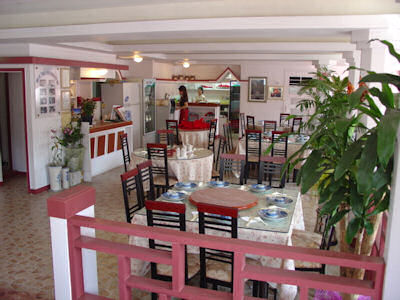 again one setback is the location but due to this not usually not much crowds among the many tables .
recommend taking a taxi from either YeonSan or SooYoung Subway Station about 15 minutes . ask towards YeonJae GyongChalSeo (police station). get off when the driver is about to enter the alley uphill towards the police station, for across the road on the 2nd floor is King Yen .

[ update October 2007 ] this brought over from my former blog :
King Yen has since moved North to Busan University area to be in a more populated location near their new home up North where Seoul-Busan highway starts . however it was not long after they closed this new shop due to family reasons . however just prior to closing they signed a licensing agreement with another restaurant opening in SeoMyon ShiJang (open market), hence some regulars thought the original owner had moved again to a prime fashionable location . more so because some saw the former owner there but it was because the licensing had a clause to help out the beginning stages of new ownership . we tried there, but was no way near the original .

so King Yen’s time had passed, when they fed a mighty whole lot of hungry English Teachers . but we will always cherish the fun times we had often talking to the owners about expats here and old times back in the States . only proves to show no good things in life is eternal .