so in the midst of a long national holiday : namely Korean ThanksGiving whose dates were elongated to a whopping five day-WeekEnd due to a new Substitute National Holiday System in effect from this year 2014, seems like a good time to update developments concerning the opening of Swedish iKEA’s first outlet in the Korean Peninsula .

in January 2012 I introduced current iKEA status in South Korea : namely small independent brick-and-mortar store-fronts selling selective iKEA product, mostly smaller accessories and the on-set of On-Line malls selling larger furnitures also, as word was spreading iKEA itself was poised to launch on the Korean Peninsula . this “Post” will updated on the opening of its first Official outlet and after it does : will put up a dedicated “Page” on Top Menu, like Cosco Korea above .

their Official WebSite is up but merely there to fill-in space, as in essence they only mention :

.. all known for a while from major news clips .

[ LOCATION MAP ] at first glance it may seem like Belinda Carlisle’s classic Eighties song ‘Heaven is a Place on Earth’ forming, with CostCo already open at North-end of GwangMyeong KTX bullet train Station, and Lotte Premium OutLet planned to open together on its way to iKEA’s construction site, plus Best Western Hotel to open next year to handle full-time shoppers . but there is a good reason to this, as when I first visited this station built April 2004 in the middle of nowhere, that no one really needed – was built in glorious glass-dome . it is huge like a space station but virtually empty as a perfect example of wasted government funds . 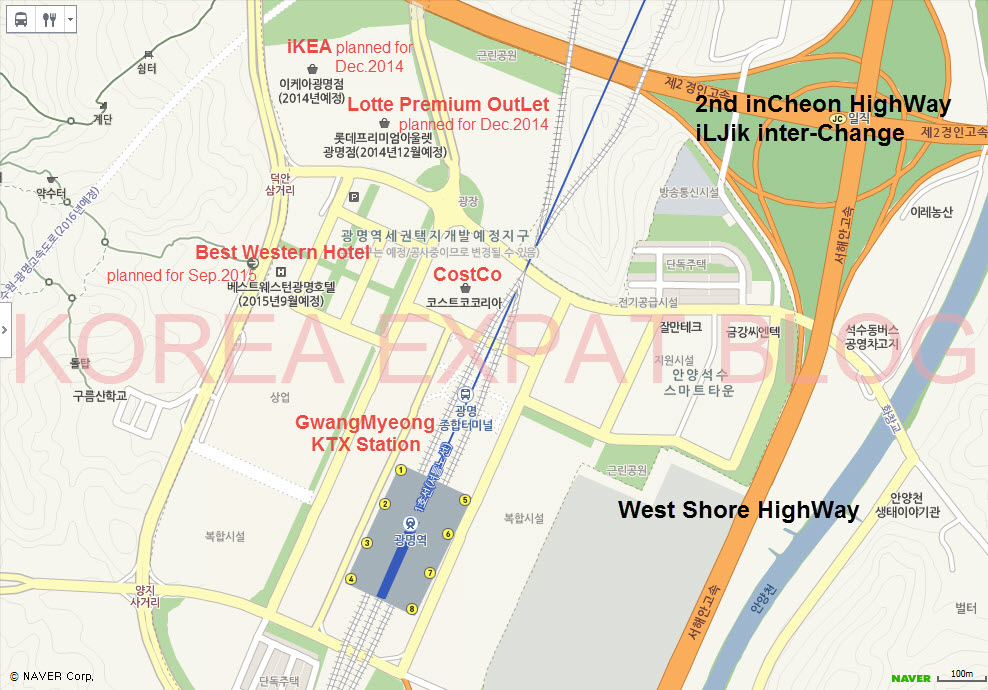