at the North-East end of the old Central Fashion District MyungDong, an alley before you cross over East onto ShinSeGae Department Store . one soft, juicy Korean barbecue chain for a bargain price of under W10,000 per person ! 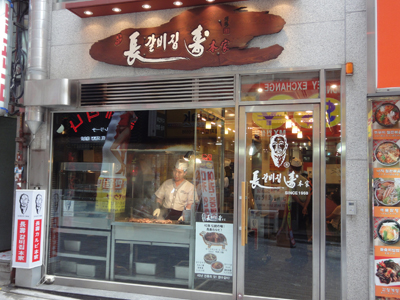 rising out of a war-torn country, citizens remember meat, especially home-grown soft, tender beef was hard to come by . so now a much-developed country, families and co-workers lavishly spend on the most expensive variety at one of the Korean Barbecue “Houses” with valet parking . and then again, there are some restaurants that offer just as much for a fraction of the price .

a short menu reveals a spicey hot Beef Soup, Beef Rib Soup and then one slice of Barbecue Ribs .. each under W10,000 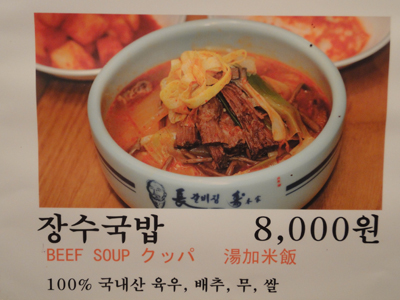 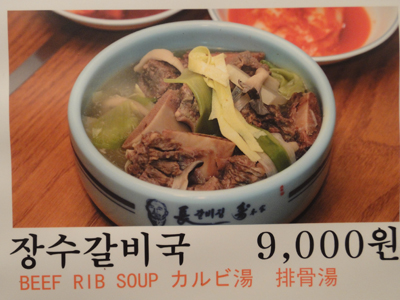 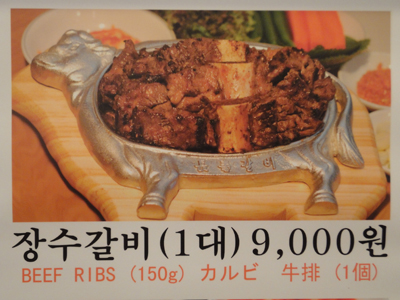 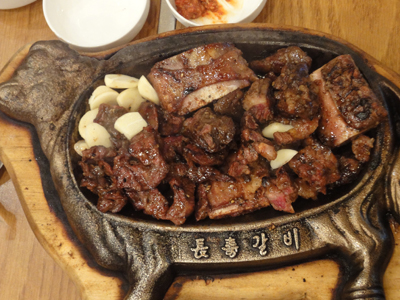 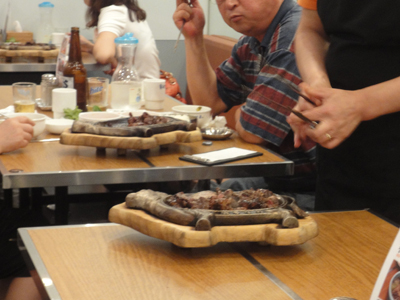 in reality the taste is softer and saucey than the rougher broiled variety at expensive Korean Barbecue Rib “Houses”, understandably for MyungDong adheres to Japanese tourists’ tastes .

also a few related branches throught town but NOT with the same menu . 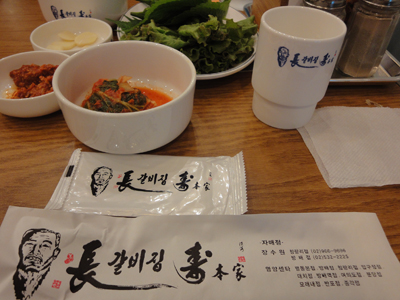 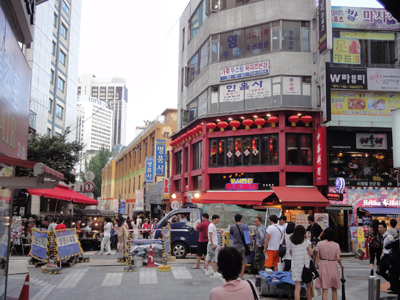 once outside it is the Chinese restaurant known for its taste as being next to the old Chinese Embassy row .