although the nation had a couple of reservation systems, it was not widely used as it lacked the young iPhone app look . Uber was out-lawed in South Korea because it came directly in competition with existing cab drivers and taxi companies – which have considerable union, as to significantly deter traffic (mostly by crawling wide streets in groups, blocking any cars that try to by-pass them). even the news of its outing was out : Korea’s foremost app venture now joined with the leading portal Daum, formed Kakao Taxi which is doing quite well with ease . ofcourse then cam Kakao Real Estate, Kakao Style, and so on and on ..

Kakao had laid out plans last January to form a smart-phone app that can do similar things with hair salons throughout the Peninsula . quite a number of hair, facial and aesthetic salons were already on half a dozen coupon apps, offering considerable discounts to those who reserve at least the day before . after a test run this Spring, Kakao announced they would begin Kakao Hair Shop today Tuesday July 12, 2016 . aficionados waited but it didn’t appear at Android marketplace, only to emerge later in the day after sun-down . 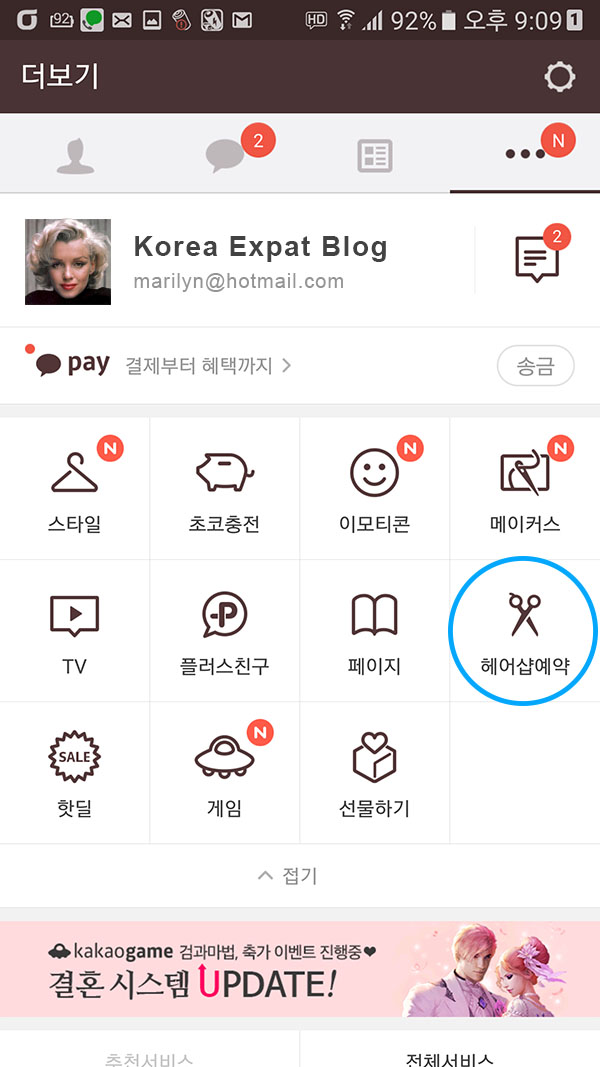 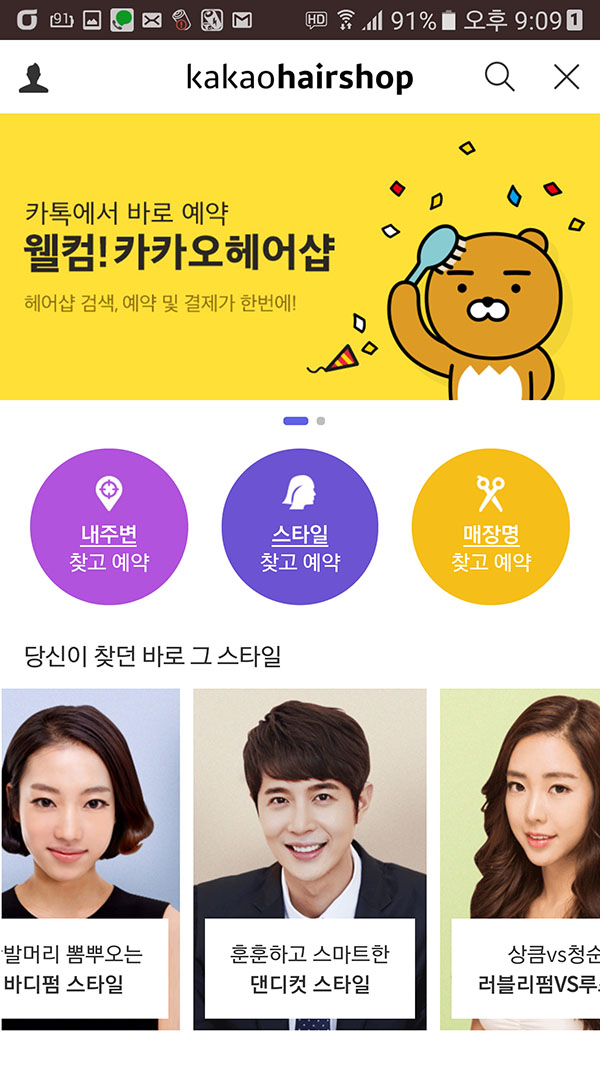 [ FINDING HAIR SALONS ]
can be done in 3 ways (from Left icon among the three):

[ EACH HAIR SALON INFO ]
there are further three tabs on top of each hair salon (from Left):

their third Menu above is the most extensive, with three more parts which may be divided as separate menus as this is just their launching look :

The now-developed South Korea enjoys quite a high standard of living, even though recession from iMF bail-out still lingers-on, more-so on older industries aside from the newer high-tech . and there are simply too many hair salons and body care, plus even plastic surgeons to make a choice . I should add this coincides with the increase in number of veterinary hospitals and pet grooming salons in metropolitan areas .

Come this welcome app, where you can window-shop virtually and a great plus is that some stylists introduce if they’ve studied or worked abroad so a hint they may speak Japanese, English or even French 😉

As I have noted early-on South Korea now has virtually all sorts of Kakao what-ever : many locals were pessimistic on this first news of the countries first successful smart-phone app, doubting how efficient this will be . but for foreign travelers and expatriates who are not familiar with their surrounding neighborhood, or other urban areas, this could be a God-send . Ah, ofcourse you would have to understand the language although much can be demised through their many photo images //

But this is just the beginning of hair salon information provider wars over the Korean Peninsula, as the second-established but now over-whelming portal Naver is opening their own hair shop app within a Month . for starters the commission the hair salons have to pay is different, as Naver is offering their service for FREE while Kakao charges a set-up fee of W50,000 then W60,000 per Month maintenance .